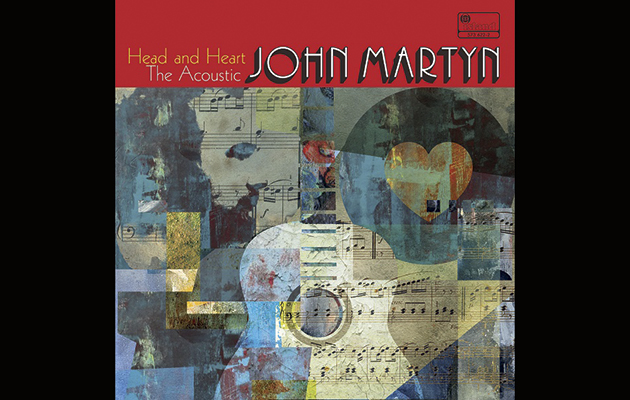 Having come through the same secondary school – Shawlands Academy – as Moors Murderer Ian Brady, John Martyn was wont to present himself as a Glasgow tough in his darker days, a mask that suited him well as alcohol and drug use exacerbated his meanest tendencies.

The bumbling “curly-haired child” that contemporary Michael Chapman recalled meeting in Les Cousins in the late 1960s morphed into a carousing monster as his musical reputation grew. This unplugged two-CD remix of Martyn’s career shows that he wrote some of the most luminously beautiful love songs of his age (“Couldn’t Love You More”, here stripped of its One World varnish, for a start), but it is a truth that sits uneasily alongside his reputation as one of jazz-folk’s most notorious ratbags. His first wife, muse and sometime musical collaborator Beverley Martyn claims his violent fits of temper led her to seek police protection when she finally left him in 1979. “I was terrified of him,” she told one interviewer. “And he knew it.”

Raised in relatively genteel circumstances by his father and grandmother after his parents split while he was a child, the artist formerly known as Iain McGeachy spent time with his mother in southern England – explaining his penchant for between-song accent-switching, gentle Glasgow to convincing Cockney. A keen school rugby player, his academic aspirations were knocked off course by exposure to Joan Baez and guitar maestro Davy Graham. He chased his muse down to London in his late teens and – skilful and charismatic – had a contract with Island within weeks.

Previously unreleased demos from 1968’s The Tumbler – Bert Jansch-y tangle “A Day At The Sea” and “Seven Black Roses”, with its ever-rising, John Fahey-flavoured key changes – spotlight his precocious virtuosity, but Martyn remained an apprentice songwriter for some time. “London Conversation”, the title track from his 1967 debut, is an Incredible String Band facsimile, with the amiable “Fairytale Lullaby” something of a have-a-go Donovan. “I will take you where the elves and pixies do sing,” he trills guilelessly. “And I will take you round the magic fairy ring.”

Perhaps troubled by his lack of a musical USP, Martyn readily teamed up with his wife Beverley for two well-liked 1970 albums, though the easy Woodstock groove underpinning the different takes of Stormbringer! tracks “Traffic-Light Lady” and “John The Baptist” here mask more troublesome behaviour. Beverley Martyn recalls getting a black eye for ‘flirting’ with Bob Dylan during their stay in upstate New York. She took a back seat after speedy follow-up The Road To Ruin (the album that immediately preceded the Martyns’ friend Nick Drake’s Bryter Layter in the Island catalogue). She remembered: “We had children and I was the one who had to be together, whereas he was wild, he lived on the edge.”

Unfettered, Martyn found his increasingly alpha-male groove on 1971’s Bless The Weather and 1973’s Solid Air, his effects-pedal experiments creating the Echoplex fog that hung over some of his most celebrated works. His extended musical bromance with double-bass maestro Danny Thompson also coincided with the gradual erosion of Martyn’s consonants. However, while the groans and growls in his new musical language sought to blur his lyrics, decluttered versions of some of his peak-period works here cast a colder light on the drives that sustained Martyn.

Frequently playing away from home – in both senses – Martyn’s songs sought salvation in some mythical family life. “Making the bread, going mad in the head/I know when I’m going too far,” he sings, road-weary on the gaunt “Fine Lines”. “I want to get back, want to take up the slack/Get where the good times are.” However, the joyful “Over The Hill” – a wide-eyed rhapsody celebrating coming home to his young family in Hastings – is a notable warning sign, drug use intruding gauchely into the domestic bliss: “Can’t get enough of sweet cocaine/Get enough of Mary Jane,” he burbles cheerily.

The fiend and the family man do battle in a rare trad arr, “Spencer The Rover” – this lovely version culled from a Peel Session – which ends with the inveterate roamer in the arms of his loved ones “contented he’ll remain and not ramble away”. However, Martyn’s real instincts were for unsettling rather than settling, guttural drunk’s lament “Make No Mistake” – this version culled from a 1973 Bob Harris show – a self-portrait of a man increasingly defined by selfish habits (“If I can’t get everything I want, I’ll just get what I can”).

In life as in art, Martyn never knew quite where to stop, the fact that he lived as long as 60 years – dying in January 2009 – regarded as a minor miracle by his contemporaries. Beverley Martyn called him “Luciferian”, but if Head And Heart cannot redeem Martyn, these acoustic readings at least bring his creative virtues into clearer focus. Good but bad. Bad but good.