ELO man upgrades his hits and re-imagines his youth... 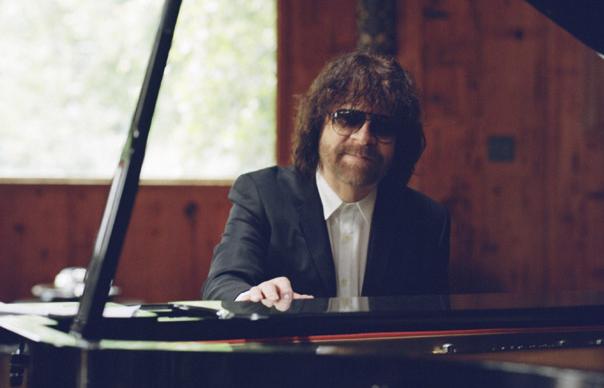 ELO man upgrades his hits and re-imagines his youth…

At a certain point in their career, the successful rock star naturally leans towards a touch of retrospection, whether by way of an autobiography (as with Dylan’s Chronicles Vol. 1), a variously revised, remixed or re-recorded edition of their oeuvre (as with Kate Bush’s Director’s Cut), or a sentimental indulgence in the kind of greasy-kidstuff radio fodder that first drew their attention to music (as in McCartney’s Kisses On The Bottom). Never one for half measures, Jeff Lynne has opted for two out of the three, with the simultaneous release of a re-recorded greatest hits album and an album of teen favourites from the dawn of rock’n’roll. Can his life story be far behind, one wonders?

Unlike Kate Bush’s career retrospective, Mr. Blue Sky (in which Lynne replays and re-records his old songs), doesn’t seek to find new depths in any of ELO’s classic hits, or re-contextualise them in the light of subsequent musical developments. The new versions are, to all intents and purposes, exactly the same as the old versions, they’re just more so, if that makes sense. Like many a musician forever encountering their own back catalogue on random radio broadcast, Lynne seems to have become able to hear only the imperfections: rather than an ego-boost, it afforded him instead the nagging irritation that, surely, these tracks could sound so much better? And being a top studio boffin type and all-round musical polymath with state-of-the-art equipment at his everyday disposal, he realised he was perfectly placed to give these old hits the presence and pizzazz he felt they lacked.

One by one, the ELO songs were given the musical equivalent of a software upgrade. The effect is understandably more noticeable on the older tracks, like “Showdown” and “10538 Overture”, than on the later material: the latter song, for instance, now has a spangly presence that distances it slightly from its Walrusian origins. But in general, this is a subtle restoration exercise that shouldn’t annoy even the most obsessive of anorak fans. The bonus track “Point Of No Return”, with its arpeggiated guitar figures, melodic logicality and sleek harmonies, sounds like a refugee from Tom Petty’s Lynne-produced Full Moon Fever, which is fine by me.

Long Wave – named after the wireless waveband that carried the BBC Light Programme of Lynne’s youth – takes a very different approach to its source material, which is re-imagined in ways that set it sometimes strikingly apart from the original versions. The older, pre-rock crooner tracks like “She” and “If I Loved You” are reminiscent more of the early Beatles covers of things like “Bésame Mucho”, with arrangements stripped back to guitars and piano, and chiming harmonies illuminating complex melodies. Lynne’s version of “Beyond The Sea” prances along on his swaggering bassline where Bobby Darin’s glides, and there’s a similarly lollopy bonhomie to his take on Charlie Chaplin’s “Smile”, a sort of lazy cowpoke trot that suits the song perfectly. The tone of relaxed confidence extends to Chuck Berry’s “Let It Rock”, which accrues a low-slung gangster lean through being taken as a lazily galloping boogie rather than a motorvating rocker. And there’s an interesting adaptation of Etta James’s R’n’B inflections to suit Lynne’s milder pop intonations on his version of “At Last”. The most drastic re-imagining occurs on a version of Don Covay’s “Have Mercy” that harks back to Lynne’s own youth in The Idle Race: here, there’s a brash, primitive beat-boom attack to the guitar and drum groove that recalls The Spencer Davis Group’s “Keep On Running”, no mean thing to pull off on your own. Elsewhere, his take on Roy Orbison’s “Running Scared” is suitably respectful as it climbs to its operatic climax, while the harmonies on the Everlys’ “So Sad” are so spot-on it’s as if Lynne has located his inner Don for one pass, followed by his inner Phil for another. All in all, an interesting exercise, far less arch and shamateurish than Kisses On The Bottom.
Andy Gill

Q&A
Jeff Lynne
Did you play all the ELO parts?
Yes, I played all the instruments myself, except for the string lines, played by Mark Mann.

Didn’t you once play strings?
Not really. I could scrape out a crummy tune on a cello. Then I had frets put on my cello, to make it more tuneful. I used to love doing slides, but you could hear it on the frets: badumbadumbrrrrrup!

It’s interesting how the earlier, pre-rock’n’roll songs are more reliant on melody than rhythm, compared to the rock songs.
Those chord structures are very, very complex. You have to do a kind of tunnel-hearing thing, just listen to an individual instrument and think away those big arrangements that are fluffing all around it, with all those flutes and clarinets that obscured what the real chords were. If you listen in a different mode and just learn the guitar chords, they’re actually very simple songs – but you would never know that from hearing those old recordings of them.

“Have Mercy” is effective in beat-boom style.
I tried to get a live feel, which is difficult to do when you’re playing it all yourself – you can’t really bounce off yourself: once you’ve laid down one track you can’t think about it again, because you’ve got to try and get the next one to bounce against that one. The reason I know that song so well is that it was one of my favourites when we used to play it in The Idle Race, in the pubs and clubs of Birmingham.
INTERVIEW: ANDY GILL