How the godfather of soul kept a city from burning 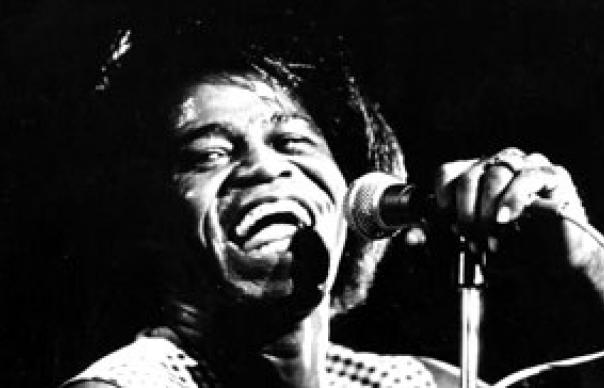 The night after a sniper’s bullet struck down Martin Luther King on 4 April 1968, 150 US cities were ablaze, their streets turned into battlegrounds between police and national guardsmen and incendiary, looting mobs. It remains the greatest civil insurrection in modern American history.

The fury of black America at the assassination of its political figurehead burned even deeper than the ghettoes put to the torch. In the words of Princetown professor Cornel West, “We were a people whose hearts had been shattered.”

Boston, the city dubbed the ‘Cradle of Liberty’ on account of its leading role in US independence, had escaped with a few ugly scenes and minor fires in its Roxbury ghetto, but no-one doubted the potential for something far worse. To add to the edgy, volatile atmosphere, the city’s premier arena, The Garden, was due to stage a James Brown show for a 14,000 strong crowd. Fearing it would be hosting a riot, the Garden was already issuing refunds.

The city’s only black councillor, Tom Atkins, realised that this could only make matters worse, as flocks of disappointed young fans, faced with a no-show, roamed uptown streets looking to vent their compounded fury. The only solution, he realised, was to get Brown – the biggest star in the black American firmament after Muhammed Ali – to perform. Better still, to get the show broadcast live on television, to keep the black community at home.

It was a brilliant yet almost impossible strategy, requiring a TV station to throw over its prime time schedule, and for the Garden and Brown to accept an empty stadium – for how many cash-strapped fans would pay for a show they could watch at home for free? The only solution was for the city itself to underwrite the losses, estimated at a colossal $60,000. The financial equation presented to newly elected mayor Kevin White was brutal: “If we didn’t come up with the money, the blacks were gonna burn the city down.”

White had never heard of James Brown, but he learned fast, negotiating with a furious Soul Brother Number One in the limo from the airport. For their part, Brown and his manager were unequivocal – they would be paid in full – while Brown quickly absorbed the extraordinary situation. Though he would describe King as “America’s best friend”, Brown was no pacifist, nor was he a militant – his version of “Black Power” involved neither saintly non-violence nor the gunplay urged by hardliners like Stokely Carmichael. Brown believed in black empowerment through success – like him, owning radio stations and a restaurant franchise. Just the previous year the ex-jailbird and shoeshine boy had urged “Don’t Be A Drop Out”.

Amazingly, a deal was cut. Public television channel WGBH would broadcast the show (displacing a Laurence Olivier drama), while Brown would be paid by the city and maybe, just maybe, Boston wouldn’t burn, baby, burn.

The two discs here tell the breathless story with panache. The second offers the show, in grainy black and white, as witnessed by the stay-at-homes and the 2000 fans who attended. And what a show. Clips of Brown’s dazzling showmanship – the ankle-breaking, knee-splitting dance routines, the sobbing ballads, shrieking funk work-outs – are familiar enough. Here you get the complete arc of the JB experience; his squat physical presence, the canny interplay between hammer-drill vocals, dazzling spins and struts, cooking, compliant band and shimmering, razor sharp tailoring. It’s a compelling performance, culminating in a stage invasion that threatened to trigger the riot everyone feared. Brown seizes the moment heroically, keeping cops and kids apart, but the tension is palpable. “I thought we were gonna leave in a ball of fire,” admits drummer John Starks. Instead, the stadium and streets of Boston stayed quiet (the show was quickly re-run).

The background footage on disc one is scarcely less arresting, a montage of interviews with many of the original protagonists, footage of King’s ascendancy and the riots that ensued his murder, Brown’s confused politics in the aftermath of ’68, controversially playing for the troops in Vietnam, and campaigning for the reactionary Herbert Hoover while releasing “Say It Loud I’m Black and I’m Proud”. The show’s the thing, but here it’s rounded into a historical chapter. Essential viewing.