"Hippie spiritual" LP is a thing of wonder 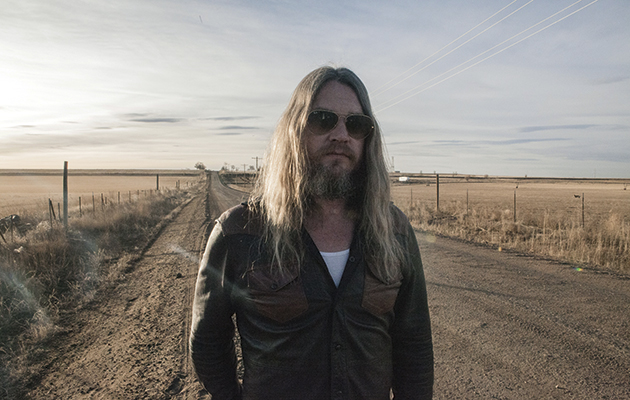 “The more that I see out in front of me, the more I want to get high,” Israel Nash sings on “Sweet Springs”. A typically euphoric track from Lifted, the backing vocals here sound like The Beach Boys on a break from recording Pet Sounds, letting off exultant steam. Who saw this coming?

On his first two albums, Nash sounded like he’d been brought up in the rafters of the Los Angeles Troubadour, nourished as a fledgling by the singer-songwriters playing nightly beneath his perch. The songs on New York Town (2009) and Barn Doors And Concrete Floors (2011) travelled familiar highways, usually lost or endless, were full of truck stops, diners, sad waitresses, heartbreak and much of the usual woe. Musically, they were inclined to a decent country rock, much influenced by Ryan Adams and Neil Young, although Nash at the time seemed only to have heard Harvest.

On both, Nash’s wordy stories, parables, whatever, seemed somewhat earnest, gritty, earthbound, the kind of thing he’d still be playing when they closed the last honky tonk. Album highlight “Goodbye Ghost” was something different – nearly six minutes of apparent banjo feedback, luminous pedal steel and guitars that sounded like Nash had recently been given a copy of Zuma. It merely hinted, however, at the coming wonders of Rain Plans (2013) and Silver Season (2015). By now singing in a higher register that made you think more than ever of Neil Young, the albums suggested also Nash of late had been listening to Live Rust as much as Zuma. This possibly makes Nash seem worryingly obsessed with Young, as if he had pictures of Neil on his basement wall, their eyes cut out. In fact, as Uncut’s review of Silver Season remarked, Nash on these albums pursued a path never actually taken by Neil, where Crosby, Stills & Nash rather than Crazy Horse backed him on Everybody Knows This Is Nowhere. It made you wonder where Nash would go next, which turns out to be Lifted.

“File Under Hippie Spiritual”, it says on the cover. So let’s take that as a clue to the album’s sound and intention, to raise and lift up. The first thing you hear could be church bells, pealing, ringing out, something being celebrated, a holy day or a new birth, which certainly puts you in a congregational mood. Then “Rolling On” erupts, like something rising up from the sea with the sun behind it, announced by a wave of voices, Nash multi-tracked over symphonic keyboard swells and a chorus like a hymn sung by ghosts. The song typifies the album’s sense of roaming, of voyage, distances travelled, everyone far from home, that distant place. “Looking Glass” is similarly both beatific and melancholy, mellow horns mingling with pedal steel and dreamy strings recalling the languid nostalgic drift of The Rascals’ “Groovin’”. Its shimmering haze is typical, too, of “Hillsides”, which has the sun-struck inertia of John Cale’s “Buffalo Ballet”, and the hopelessly romantic “Northern Stars (Out Of Tacoma)”, where the post-mortem brightness of dead stars, that posthumous illumination, becomes a metaphor for transcendent love. On “Lucky Ones”, meanwhile, the wind-in-your hair breeziness of the Eagles is crucially undercut by the melancholy attached to something like Chris Bell’s  “I Am The Cosmos”, while even the brazen euphoria of “Sweet Springs” is afflicted by a sense of accepted transience, the realisation that nothing lasts forever and often not as long as that.

The songs are often about being a witness to wonder. “Keep these eyes open, until it’s all out of sight,” Nash sings on “Strong Was The Night”, a melody unfurling around him like a flag in a swirling wind, the track sharing with “The Widow” an ornate grandeur reminiscent of Gene Clark’s No Other, that unimpeachable testament to conflicted bliss. More glorious yet is album closer “Golden Fleece”, with a much-repeated chorus pitched somewhere between Van Morrison’s “And It Stoned Me” and “Tupelo Honey”. Nash, his many voices and every credited musician on the album combine in a joyous noise you want to go on as long as one of those versions of “Caravan” Van used to do with The Caledonia Soul Orchestra, with all those high-kicking false climaxes. It ends, too soon, with the sound of a guitar being unplugged. Your response is to hit replay without even thinking about it, to listen to the whole thing again. Who can get enough of music as good as this?