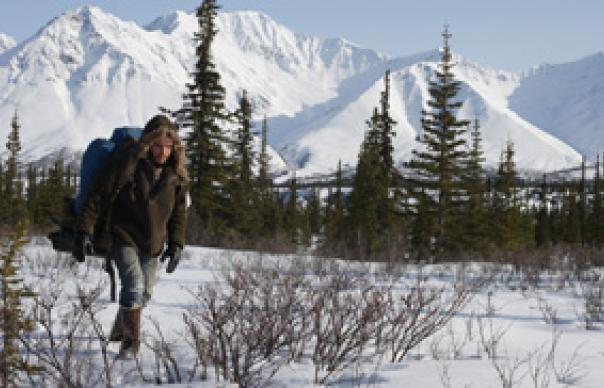 It took Sean Penn a decade to persuade the late Chris McCandless’ parents that a film of his life was a sound idea. In the early ’90s, McCandless gave his money away then left his family to hit the road North, living off his wits and nature, renaming himself Alexander Supertramp.

He upped the stakes until, attempting to survive on animals andberries, he died alone in the frozen wilds of Alaska, aged 24. Penn has adapted Jon Krakauer’s 1998 book, layering in poetic voiceover, painting McCandless as a modern cross between Whitman, Kerouac and Tom Joad.

He’s questioning society, convention and truth. He’s also trying to be Terrence Malick, especially the elliptical, scenic variant of The Thin Red Line, to which this is a blatant homage. Chronology loops in on itself,the woods are shot with lashings of mysticism. As the wide-eyed hero, Hirsch is excellent: Di Caprio without the ego. This is Penn’s big auteur statement on our times: indulgent, muddled and idealist, it has more soul in its sprawl than any other film this year.