Holden – The Idiots Are Winning 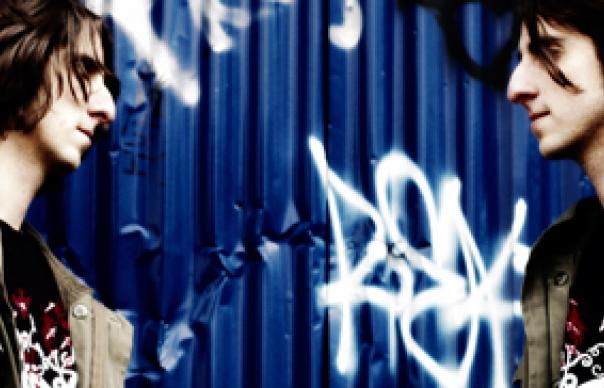 Once witnessed, such prowess is not easily forgotten. And that wickedly playful, restlessly inventive spirit coarses through The Idiots Are Winning, the long-haired 26-year-old London producer’s astonishing debut album. Here, aesthetically at least, Loveless and “Windowlicker” collide at exquisite velocity.

Holden is by no means a newcomer. Pete Tong gushed over his debut trance smash “Horizons”, penned in 1999 while studying maths at Oxford University. He’s since conquered the dance world with a string of adventurous singles and bold remixes for the likes of New Order, Britney Spears and Madonna. Holden also runs his Border Community label, home to bucolic post-rave upstarts Nathan Fake and Petter, and earlier this year expressed deep-rooted indie sympathy on his ‘At The Controls’ mix, weaving Malcolm Middleton and Harmonia around Trans Am and Plastikman.

As the entrepreneurial leader of the post-Aphex generation of producers, this gives you some idea of where he’s heading.
With this record, then, he’s ready to be taken seriously as an artist, not just a dance bloke. Certainly The Idiots… brims with confidence – Holden’s cocky enough to call two minutes of mid-LP silence “Intentionally Left Blank”. His buccaneering, semi-slapdash approach gives these tracks stacks of personality, and he excels at interpreting current ideas in new and fascinating ways. On masterful opener “Lump” and its sisters “10101” and “Idiot”, he seduces with vogueish minimal sounds before unfolding wave upon curdled wave of woozy euphoric grunge. Enlightened and agreeably alien, it’s like Mudhoney covering Boards Of Canada.