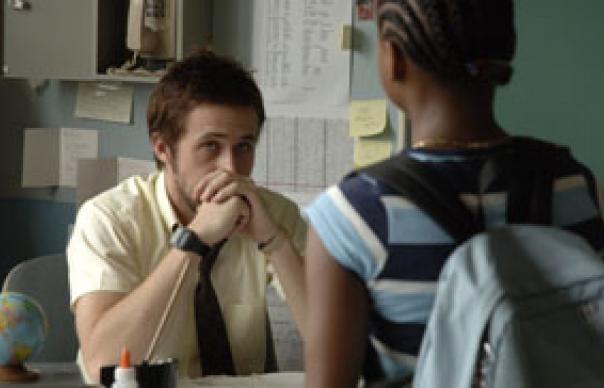 Deservedly Oscar nominated last month, Ryan Gosling’s mesmerising performance as an inner-city Brooklyn teacher with drug problems lends this superior indie drama a depth and gravitas way beyond its subject matter. In between wrestling with his crack addiction, Gosling’s Dan Dunne crosses the line from concerned mentor to over-protective confidante when one of his 13-year-old students (Epps) stumbles across his secret.

First-time director Fleck and co-writer Anna Boden know the sentimental classroom drama about good-hearted teachers inspiring troubled teens has a long and mostly wretched history. But Half Nelson, with its open-ended tone and multi-layered characters, is way too honest to settle for tear-jerking genre conventions. Punctuating the action with key traumas in US history, from the Civil Rights struggle to current events in Iraq, it’s also a film with an overt but subtle political agenda. Pointedly, its liberal characters are flawed and compromised, not saintly crusaders for Truth.

With its jerky-camera aesthetic and alt-rock soundtrack, mostly by Broken Social Scene, Half Nelson has many of the cosmetic hallmarks of a routine American indie-drama. But crucially, it also contains warmth, wisdom and great performances. Especially Gosling, silently speaking volumes about spiritual defeat with every heartbroken shrug and uncertain smile. Understated, smart, authentic work that lingers long after the credits fade.