Out of the Bad Seeds, a new beast is born 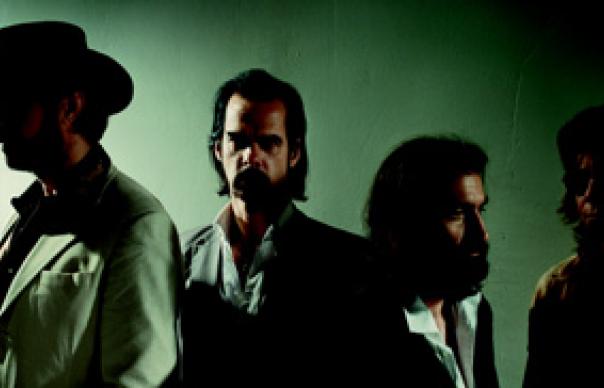 The new name – the alter ego, the Bad Seeds doppelganger – sounds like some hideous Saw-style horror flick. Nick Cave recasts The Hitcher in the barren land of The Proposition, perhaps. At the very least, you’re expecting a return to some primal swamp of Birthday Party machismo and misogyny.

As Harpo Marx knew, sometimes all it takes is a new hat to change your whole character. The Grinderman hat seems to have tilted the basic Bad Seeds stance brilliantly on its side, bringing out a new humour and a grumpy-old-rocker gravitas. From the off, on the magnificently Stoogey “Get It On”, Grinderman are thrillingly intolerant of the facile society we’re all imprisoned in, positing the delta blues “grinder-man” as a dark foe of the inane and celeb-fixated.

Long a Cave referent, the Stooges are all over Grinderman – fittingly, in the month they return themselves. The hysterically funny “Depth Charge Ethel” tugs hard on “Fun House”, while the nasty guitars of “Honey Bee” are pure “TV Eye”. The imprint of Laughing Len Cohen, meanwhile, is all too discernible on “Go Tell The Women”, a sinister shrug of alpha-male disdain from a chap who’s never quite got in touch with his feminine side and quite possibly doesn’t possess one.

Already Grinderman’s most notorious track is “No Pussy Blues”, Cave cutting to the chase as he locates Man’s core angst in the frustrating of lust. “I read her Eliot, I read her Yeats,” Nick sings, “I tried my best to stay up late… but she just didn’t want to.” When Warren Ellis lets fly with his Ron Asheton wah-wah guitar blizzard, Everyman’s dammed-up libido comes gushing out of the amplifier. Out of the abattoir and into the grinder, then: get out of the way and let the man do his thing.