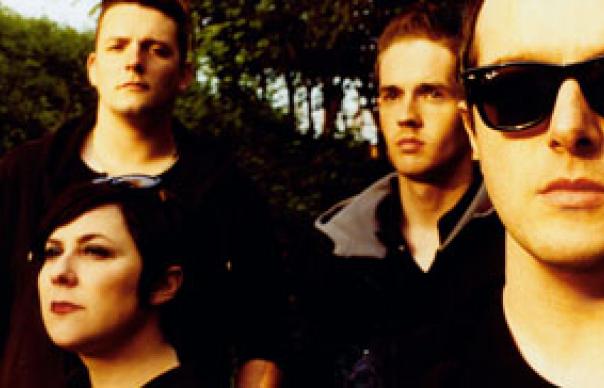 The music press is notoriously unreliable at second-guessing what the public want. For every Oasis or Strokes, surfing the zeitgeist from critical acclaim to commercial riches, there’s been an Ultrasound or a Campag Velocet, great white hopes whose career never made it past the newsagents.

Latest on this hit’n’miss production line are Glasvegas. A bunch of brylcreemed twenty-somethings boasting an unnerving resemblance to most of the Creation roster circa 1986, they’ve been called “the best group from Glasgow since The Mary Chain” by Alan McGee, thanks to a Spector-esque wall-of-sound delivered with the chin-jutting confidence of Oasis.

So, are Glasvegas truly a twenty-first century JAMC or just a modern day James King And The Lone Wolves? At their best, they’re worth every syllable of the hype. Opener “Flowers & Football Tops” swells fuzzily into focus, like a binge-drinking Ronettes, while “Geraldine” is more anthemic than any song about the social services has any right to be. Yes, that’s right, social services. Not for Glasvegas a subscription to the Bobby Gillespie book of rock’n’roll clichés.

Instead singer James Allen delivers tales of grief and resilience involving absent fathers (“Daddy’s Gone”), untimely death (“Flowers & Football Tops”) and city centre violence (“Stabbed”) in a broad Glaswegian brogue even the Proclaimers might think twice about. Sometimes it pays not to listen too closely. “It’s My Own Cheating Heart That Makes Me Cry” finds him bellowing “Liar. Liar, liar/ Pants on fire” while “Go Square Go” features a chorus of “Here we fucking go!” which must sound great at Barrowlands on a Friday night, but may not wash in Tunbridge Wells.

Which brings us to the crux of the problem. Glasvegas have struck a chord because –like Oasis before them- their musical homages to their heroes (Roy Orbison, Suicide, vintage rockabilly) are so obviously heartfelt. Whether this can translate into sales is another matter. If you’re simply after retro thrills, though, these boozy anthems will provide you with one very happy hour.