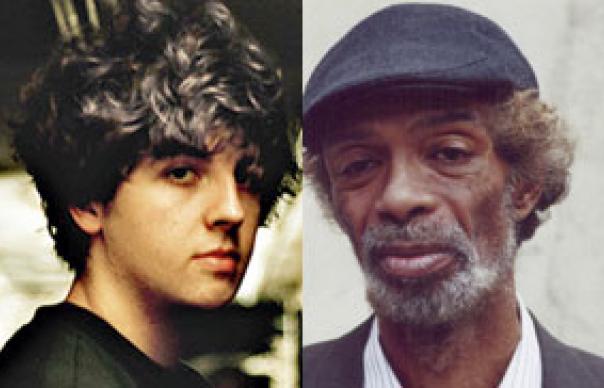 In 2010, it was impossible to listen to Gil Scot-Heron’s I’m New Here album – his first new work for 16 years, produced by XL records boss Richard Russell – without being reminded of the late recordings of Johnny Cash. Russell, like Rick Rubin before him, understood that the best way to modernise a genius that the music industry didn’t understand any more was to strip away all gimmickry and deliver the essence of what people loved about him in the first place.

The difference between Russell and Rick Rubin lay in the sound worlds they used to carry their artists back to basics. For Rubin, it was acoustic guitar and an unplugged aesthetic. For Russell, it was all about making his artist rage against the machines – Scott-Heron’s weathered tones were cast against dark electronics rather than rootsy strummings.

When producer and artist met, Scott-Heron had, like Johnny Cash, been pondering his own mortality and legacy, and looking back on his hard-knock life. Politics was replaced by the personal: poignant tributes to the strength of his mother and explorations of emotions unleashed by early poverty, addiction, political activism and jail time, connected by spoken-word transitions that defied any attempts to put the album on random shuffle. I’m New Here felt like the album he was born to make. Now it has an evil twin.

Richard Russell suggested that Jamie Smith from Gil’s XL labelmates The xx make a dub version of I’m New Here because the production on their Mercury Prize-winning debut was the major influence on Russell’s work for Scott-Heron. The title neatly encapsulates both the generation and cultural gap between the venerable ghetto descendant and the new white hope and graduate of Putney’s Elliott School, the musical petri dish that has also spawned Hot Chip, Four Tet and Burial. Its from the latter that Smith takes his musical cues here, making a music that is closest in tempo and atmosphere to dubstep.

You can’t help but admire the ingenuity of the opener and new version of Bill Callahan’s “I’m New Here” (the original’s only acoustic folk song), as Scott-Heron growls: “I did not become someone different/That I did not want to be/But I’m new here… will you show me around?”, before the first glistening electronic chords crash in, ringing and singing and literally introducing Scott-Heron to a place – street-level British urban noise – where he’s never been before. Soon, Gil is adrift among reverb-drenched chipmunk voices and slo-mo reggae drum machine, getting on famously with dubstep’s blend of sinister noir and dreamy reverie. It’s a stunning start.

But We’re New Here is not a straightforward dub version of I’m New Here. 15 tracks become 13 tracks. The running order is messed with. The original’s end track “On Coming From A Broken Home Pt 2” is dispensed with and replaced by extraordinary versions of Scott-Heron’s classic “Home Is Where The Hatred Is” and “My Cloud”, which were both originally vinyl-only bonus tracks. Key spoken-word interludes are chopped up or dispensed with entirely. We’re New Here still tells a tale, but it’s a different, more abstract story to the original’s autobiographical narrative.

Musically, Jamie xx treats his commission as the opportunity to explore different styles of dance music. Techno and house riffs, classic soul vocal samples, and dislocated jazz and hip hop breakbeats are woven into what feels like a 36-minute suite, while “NY Is Killing Me” becomes a bizarre blend of dubstep, queasy fairground music and Serge Gainsbourg, all tied together by Scott-Heron’s dubbed-up cries for help.

If I’m New Here was a triumph for Russell and Scott-Heron, We’re New Here reveals a maverick production talent in Jamie Smith that his band’s records have only hinted at. Now that Rick Rubin has finally run out of Johnny Cash tunes to release posthumously, he could do worse than let Jamie xx loose on his dark materials.
Garry Mulholland

Q+A JAMIE XX
Whose idea was We’re New Here?
Richard Russell’s. He said that the production on the original Gil album was heavily influenced by The xx album. My first reaction was amazement. But I was really, really up for it ’cos I’d been listening to Gil since long before I was making music. It was just an honour to be able to make music with him and meet him.

So you worked together in the studio?
No. I met him at his gigs and one of our shows and hung out afterwards. He obviously wanted to have serious input and have the final word on everything, so I was writing emails to him.

Is Gil as intimidating as he seems?
Yeah. There’s a vibe about him that makes him quite hard to talk to: he’s always analysing everything you say. Sending him the music and waiting for his response was a bit nerve-racking. But in the end he didn’t change anything. He’s reached a point in his life when he wants to talk about his personal feelings and his family.
INTERVIEW: GARRY MULHOLLAND