A quick tease about forthcoming Uncut treats, plus one of my 2016 favourites reviewed 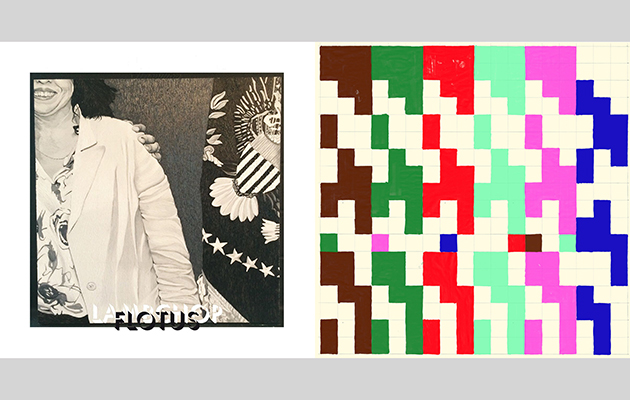 In just a few days, our next issue of Uncut should be rolling out for our subscribers, arriving in UK shops a week today. If you’re desperate for some reading matter in the interim, we’ve put our History Of Rock volume for 1967 back in the shops; it’s the one with the beautiful Hendrix cover, which neatly complements our Jimi Hendrix Ultimate Music Guide, if you haven’t already picked that one up. Click on those links and you can grab both of them from our online shop.

As regard that forthcoming Uncut, I’m going to be cagey about a bunch of the contents for a day or two yet, but I can reveal that we’re pleased to welcome Lambchop’s Kurt Wagner as the curator of this month’s free CD. Lambchop have been a key band for Uncut since the mag’s inception, and as anyone who’s heard Lambchop’s recent single, “The Hustle”, will probably testify, their journey to making something new and ambitious out of the raw materials is a mission fundamentally shared by our magazine. As a consequence, Kurt seemed like a nice choice to put together a genre-defying mixtape for us. More details, again, in a few days.

Rapidly looming deadlines mean that we’re already deep into the production of our pre-Christmas issue, which also means I’m up to my neck in the Top 20s submitted by our contributors for the Uncut end of year poll. A bit early to start all the speculation, perhaps, but it struck me I should post something about one of my personal favourite albums of 2016: 75 Dollar Bill’s amazing “Wood/Metal/Plastic/Pattern/Rhythm/Rock” on their own Thin Wrist label.

If Tinariwen and their compatriots reclaimed American blues and transformed it into something dusty, trance-inducing and redolent of their Saharan home, New York’s 75 Dollar Bill are an astonishingly potent next stage in an ongoing cultural exchange. The duo’s second album (this is actually quite a tricky one to enumerate, since their Bandcamp page has a bunch of tapes/downloads that make counting hard) comprises four deep desert blues jams, pivoted on the rattling percussion of Rick Brown and the serpentine guitar lines of Che Chen, who could plausibly sub for Ali Farka Toure in a duet with Toumani Diabate. He’s actually studied for a time with the ace Mauritanian guitarist Jeiche Ould Chigaly, who plays with his wife Noura Mint Seymali on what I think might be my favourite African album of the year, “Arbina”.

Horns and violas add further textural levels of drone, but it’s the interplay between the core duo, and between the American and African influences, that gives “Wood/Metal…” its hypnotic pull. “I’m Not Trying to Wake Up”, in particular, is magnificent; like a gnawa ritual that’s been convened by Junior Kimbrough. See what you think…