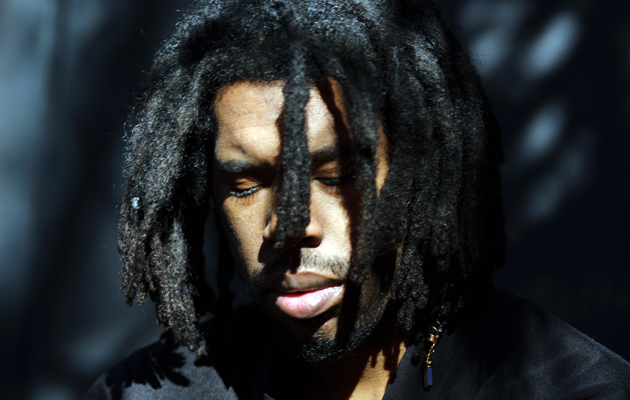 Four years have passed since Flying Lotus’s last album, You’re Dead!, the LA producer’s goofy rumination on the cosmic finality of things, and in that time Steven Ellison  has busied himself with a stack of projects. He produced for Kendrick Lamar’s To Pimp A Butterfly and Thundercat’s Drunk and last year celebrated the tenth anniversary of his record label, Brainfeeder, an imprint very much in his own image that’s mapping tasteful new territory between jazz, hip-hop, soul and electronica.

He’s pursued his interest in film, composing the soundtrack to sci-fi thriller Perfect, released this month, and in 2017 his directorial debut, Kuso, came out to mixed reviews. A grotesque body-horror black comedy packed with genuinely disturbing scatological scenes – audience members walked out of festival screenings – it was called “the grossest film ever made” by The Guardian and its Rotten Tomatoes rating is 33 per cent. But, gonzo or not, at least it proved that Ellison was serious about filmmaking and that his cinematic vision, a term readily applied to his music, notably his 2010 breakthrough, Cosmogramma, could be expressed with  a movie camera.

By extension, given their LA milieu,  it’s not a surprise to find David Lynch,  a key influence on Ellison, making a cameo on “Fire Is Coming”, Flamagra’s lead track. “Fire is coming,” he warns, dressed as a wolf in its video, “fire is coming.” Ellison suggests that this album is “a lingering concept about fire, an eternal flame sitting on a hill”, and for all its existential allusions – George Clinton, who starred in Kuso, appears on a fine stomp called “Burning Down The House”, while flames crackle at the album’s beginning and end – you might reason that the terrible fires that ravage great swathes of California every summer  in recent memory must have affected Ellison in some way, too.

In a sense, Flying Lotus might have envisioned each of his albums as a personal movie, had he the skills at the time. His 2006 debut, 1983, referred to the year of his birth; Los Angeles, its follow-up and his first for Warp, explored his home town; and Cosmogramma, his grandest statement so far, attempted to articulate profound universal feelings. On 2012’s Until The Quiet Comes, he dealt with the death of his mother in a classy and restrained manner and then chose to loosen up on You’re Dead, which featured turns by the likes of his pal Kendrick Lamar, Snoop Dogg, Herbie Hancock and Ellison’s trusty foil Stephen “Thundercat” Bruner.

Like his great aunt Alice Coltrane, Ellison gives the impression he operates on a more spiritual plane, distanced from the vagaries of the industry, and certainly the intent of his recent albums would back this up. What’s curious is that he does  not necessarily have a signature style  or a noticeable desire to write a hit. Rather, he’s progressed from the intricate electronics and beat-making that landed him a deal with Warp to becoming something of a producer-cum-band leader, marshalling a Brainfeeder ensemble at his home studio whose members – notably Brandon Coleman, Miguel Atwood-Ferguson and Thundercat – possess outrageous chops.

And they’re all over Flamagra. Five  years in the making and consisting of  27 tracks that tend to segue into one another, if Flamagra were a film it would be messy, chaotic, silly and, in places, deeply moving. It would feel far longer than its 68-minute running time. Originally conceived as a 10-track beats album with zero jazz moments, Ellison had an epiphany last autumn when he realised the album should evoke transcendental sensations and capture childlike feelings of wonder – an intervention triggered, perhaps, by the death of his good friend, the musician Mac Miller, who overdosed in September aged just 26. Calling the album “a refuge for pain”, Ellison dedicates two swirling instrumentals to Miller, “Find Your Own Way Home” and “Thank U Malcolm”.

By looking to present everything he’s been up to, Ellison crams a lot – arguably too much – into Flamagra, assembling a flawed masterpiece that infuriates as often as it dazzles. From oily jazz and dubby IDM to jam-band grinding and rococo piano miniatures, interludes litter the album, stalling any momentum generated by the main cuts. This is a shame because he brings out the best in his all-star guests: Anderson .Paak’s priapic Prince-styled preacher on “More”, rapper Tierra Whack’s spaced-out monologue on the acid-trap of “Yellow Belly”, and Denzel Curry’s magnanimous jousting on “Black Balloons”. These spots take place during Flamagra’s frenetic first half, alongside a so-so Little Dragon collaboration and “All Spies”, a cute cover of the theme tune of ’80s computer game Spy vs Spy.

The Lynch-narrated “Fire Is Coming” ushers in the album’s second movement, whereupon events take a more sombre, dream-like turn. In his rap alias Captain Murphy, Ellison slurs his words on the Oxycontin sigh of “Debbie Is Depressed” and practices piano on “FF4” and “Hot Oct.”, while Thundercat’s “The Climb”  is a lovely Philly soul-searcher with the line, “As soon as I think I’ve got a grip,  shit starts to slip.” The apocalypse arrives with “Land Of Honey”, a lush orchestral number featuring Solange singing hallelujahs as the storm builds and  the fire starts to burn.

Is this fire crackling in the final track “Hot Oct.” meant to evoke the domestic bliss of a smouldering hearth, the mindless destruction of a Californian inferno brought about by climate change, or the flame of hope that burns in us all? Frankly, by this point, you’re just glad you’ve made it to the end of Flamagra. Ellison is clearly in the form of his life, bursting with ideas and innovative  ways to execute them, and this indulgent audio patchwork is how he has always chosen to communicate. Its moments of brilliance burn bright, but all the smoke obscures the quality.