Thoughtful, revealing portrait of the anti-hero of Wilco legend 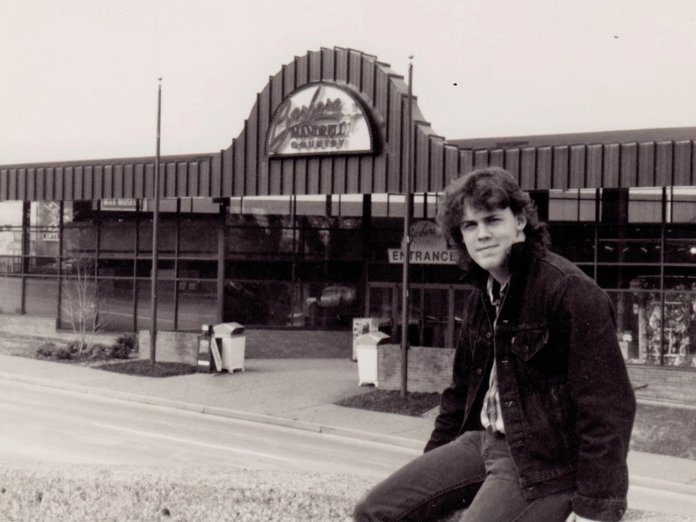 Jay Bennett’s reputation never quite recovered from the battering it took in Wilco. Sam Jones’ documentary I Am Trying To Break Your Heart: A Film About Wilco, about the complex, lengthy gestation of 2002’s Yankee Hotel Foxtrot in often painful detail, portrayed a band slowly pulling itself apart, with chief songwriters Bennett and Jeff Tweedy its twin opposing forces. The implication being that Bennett was a headstrong, intractable figure responsible for most of the discord. He was sacked as soon as the album was done.

Filmmakers Gorman Bechard and Fred Uhter seek to redress the balance on Where Are You, Jay Bennett?. A feature-length study of an abundantly gifted talent, the doc traces Bennett’s journey from prodigious teenager to early band Titanic Love Affair, through Wilco and on to a solo career that yielded half a dozen albums. There are plenty of talking heads (mum Janis, brother Jeff, Wilco’s fellow Yankee… casualty Ken Coomer, Billy Bragg, Nora Guthrie and so on), though the absence of further Wilco players is noticeable. Tweedy himself appears only in very brief snippets from the audiobook of Let’s Go (So We Can Get Back), the first extract merely a fluff comment about Bennett’s fondness for ketchup.

Nevertheless, this is a well-intentioned portrait of a man who was probably easier to admire than love. Even frequent collaborator Edward Burch, as close an ally as Bennett ever had, concedes that his “fussy precision” could sometimes be maddening. Bennett doesn’t always help himself either. On stage one night with Burch, he decides
it’s a good idea to phone his estranged wife, mid-set, to salute their anniversary. She hangs up without a word.

Bennett instead settles into a deeper funk of booze and drugs. He catalogues the pain of separation across two 2004 studio albums (not by accident do the chords of one song spell out ‘D-E-A-D’), while one commentator compares 2006’s The Magnificent Defeat to solo Paul Westerberg, its message “almost like a self-defeating prophecy”.

Yet for all the darkness that seemed to consume him in the immediate post-Wilco years, the film also carries a lightness of spirit. Home videos show a young Bennett, all flying hair and wild gestures, teaching himself how to play The Boomtown Rats’ “I Don’t Like Mondays” on piano. Invited into Wilco by Tweedy as touring guitarist in 1994, he quickly emerges as a dizzingly skilled multi-instrumentalist with a songwriting sensibility to match. Tweedy is impressed. As Ken Coomer observes, Bennett was a “catalyst to a world that Jeff didn’t really live in”.

Live footage from the subsequent Being There tour looks joyfully chaotic, the band an excitable mess of new possibilities. When it comes to the first volume of Mermaid Avenue, Wilco’s Woody Guthrie project with Bragg, the latter notes that Bennett was very much point man on the entire project.

By 1999’s Summerteeth, Tweedy and Bennett are co-writers, shifting Wilco towards layered, sophisticated pop. The Beach Boys’ Smile is a constant backdrop on tour, with the sumptuous “Pieholden Suite” the keenest expression of Bennett’s Wilson-esque fancies. The album is a masterstroke, but the rest of Wilco are already feeling sidelined going into Yankee Hotel Foxtrot. Tweedy and Bennett’s reliance on painkillers puts a crimp in the atmosphere too.

Bennett reflects on his dismissal, via voiceover, sometime later: “Jeff tried to make Wilco the Jeff Tweedy solo band. I tried to make Wilco my band. I was up against greater odds.” Meanwhile, his own inner struggle appeared to be irreconcilable. He craved being in a band, yet was such a studio perfectionist, teeming with ideas, that his maximal visions could only be fully achieved as a solo artist.

Bennett died in May 2009, aged just 45. Awaiting a hip replacement, a faulty Fentanyl patch leaked into his system accidentally, proving lethal. The added tragedy was that life finally seemed to be on the up, with Bennett, clear-headed at last, energised by the prospect of a new album. Chasing glory had become unimportant. Ultimately, as one former bandmate maintains, he just wanted to be understood. This doc goes some way to realising that ambition.