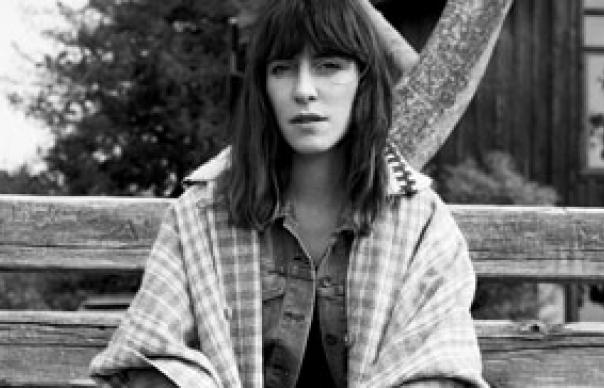 Leslie Feist’s career path has taken a bit of a zigzag path. The Nova Scotia-born, Toronto-based artist played guitar with rapper Peaches (who nicknamed her Bitch Lap Lap) and Canadian indie rockers By Divine Right, before joining the Broken Social Scene collective in 2002.

Then came 2004’s Let It Die, which contained witty covers of songs from The Bee Gees and Ron Sexsmith as well as the wicked-clever original “Mushaboom”. She laid low for three years before making a dramatic return with The Reminder and its insidiously catchy hit single, “1234” which broke her in the States when Apple picked it up for an iPod Nano TV campaign. After an even longer respite, she’s returned with her boldest, most idiosyncratic album yet in Metals.

A location junkie, Feist cut The Reminder in a 19th-Century French manor house, and for the follow-up she brought her longtime collaborators Chilly Gonzalez and Dominic “Mocky” Salole, along with a fresh batch of material, to a converted barn sitting between the rocky cliffs and lush forests of Big Sur on the California coast. Working with a hand-picked crew that included keyboardist Brian LeBarton (Beck) and co-producer Valgeir Siggurðsson (Björk), she made the album in two and a half weeks in this breathtakingly picturesque locale. The resulting LP, throbbing with rugged beauty and natural energy, cinematically evokes the environment in which it was created.

Feist possesses the sensibility of a painter – she has a rarefied sense of composition and detail – and a tart, elastic alto made for sharing confidences and intimacies. She’s the antithesis of the demure female singer/songwriter; throughout Metals, she delights in rubbing together raw and refined elements, making for a friction that keeps the soundscapes energised and ever-changing, as giant pop hooks erupt at unexpected moments in a thrilling marriage of solipsistic risk-taking and in-your-face accessibility. There’s enough shape-shifting within these performances to keep the listener in a hallucinatory state throughout the 50-minute running time, as Feist absorbs and assimilates musical and environmental inspirations like a sponge on steroids. From moment to moment, her singing suggests PJ Harvey, Björk, Kate Bush, Fiona Apple and Susanne Vega, while the quicksilver backdrops recall Sufjan Stevens, Fleet Foxes, Laura Nyro and Burt Bacharach.

The first three tracks hauntingly set the scene. “The Bad In Each Other” opens with a brutally pounded kick drum, with Feist playing rings around it on scrappy electric guitar, the arrangement expanding with strings and subtle horns that sound almost impromptu in their air-moving, real-time immediacy. The muted “Graveyard”, with its “Bring ’em all back to life” refrain, and “Caught A Long Wind”, as subliminal as windchimes on a lazy afternoon, are palpably atmospheric, the result of a naturalistic recording approach that drops the listener into the space in which the performances went down. There’s as much air here as sound, and that is the source of the record’s palpable presence.

The tone turns sultry with the sublimely infectious “How Come You Never Go There”, interspersing a wistful wordless chorale, her gnarly Neil Young-style electric guitar and burnished horns. It’s the first of four tracks of stunning inventiveness. The ragingly intense rocker “A Commotion” bristles with an Arcade Fire-like repetitive grandeur. The mutated nocturne “Anti-Pioneer” featuring queasy guitar licks, a masterfully torchy vocal and a shuddering drone occupying the lower register, is Big Sur noir, moving with the primal rhythm of waves crashing against cliffs. And “Undiscovered First” juxtaposes instrumental dissonance and a schoolgirl chorale. Here, she purrs, with dominatrix authority, “You can’t unthink a thought/Either it’s there or it’s not”.

These powerful pieces are interspersed with quieter songs of dreamlike purity, including “Bittersweet Melodies”, in which cello-powered strings pass over the track like fast- moving storm clouds, leaving hazy sunlight in its wake; “Comfort Me”, which turns on the killer couplet, “When you comfort me/It doesn’t bring me comfort, actually”; and the closing “Get It Wrong, Get It Right”, which places her hushed voice amid the ghostly chinking of chains and a gong-like cymbal.

Feist’s fiercely uncompromising nature is exemplified by her decision to remove “Woe Be”, which had been singled out by Spin in an album preview as the obvious follow-up to “1,2,3,4”, from the tracklist. It’s this insistence on resolutely following her instincts that makes this record so lustily appealing from top to bottom.
Bud Scoppa