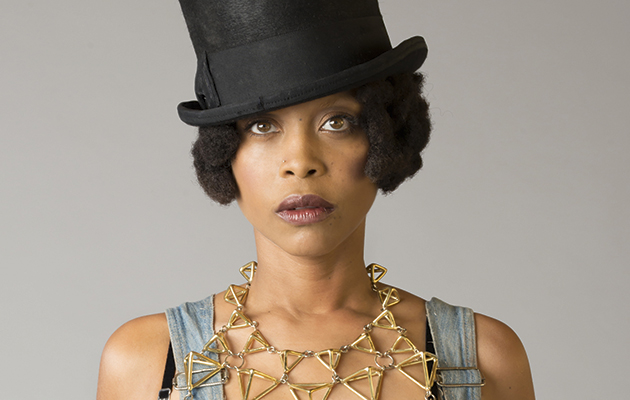 Midway through the 1990s, black America rediscovered its soul. It had never been entirely misplaced of course, but after years of gangsta rap wars and formulaic R&B singers, it felt that way. Where was the legacy of ‘conscious’ soul pioneers like Marvin, Curtis and Aretha? Not in Mary J Blige’s tiresome melismas.

Enter ‘neo-soul’, a term minted by Motown mogul Kedar Massenburg to promote D’Angelo’s Brown Sugar album in 1995. The record lived up to the hype, authenticity seeping from its meld of mellow vocals, hip-hop attitude and fat grooves.

Yet the real game-changer for neo-soul was Erykah Badu’s Baduizm, again overseen by Massenberg. Led by a mesmeric single, “On And On”, Baduizm made an instant star of its creator, a previously obscure 26-year-old from Dallas. From the start, Badu was different. She was as much jazz singer as soul crooner, singing against the beat, and emulating her idol Nina Simone on socially conscious tunes like “The Other Side Of The Game”, a portrait of an abusive relationship. With her gowns, elaborate headwraps and catwalk beauty, Badu was a revelation, her persona hovering enticingly somewhere between Billie Holiday and Nefertiti.

Badu was both soul queen and shamanic shape-shifter, her ability to swap personas useful on her videos. That for “On And On” featured her as old-time hayseed and nightclub sophisticate. Still her signature tune two decades later, “On And On” also presented Badu as a soothsayer singing in riddles, one moment crooning about “belief in God”, the next assuring us she was “Born underwater with three dollars and six dimes”. What could she mean? “Yeah, you may laugh, ’cos you did not do your math,” comes the taunt.

Badu’s birthday – February 26, 1971 – holds the key. As a Piscean, she was indeed born underwater, while her six dollars and six dimes add up to the zodiac’s 360-degree circle of the zodiac. “I really dig astrology,” Erykah confirmed later.

Returning to Baduizm on vinyl is to be reminded what an extraordinary, self-directed affair it is. Its stripped-down grooves rely on little more than a rhythm section plus Badu’s keyboards, and when Badu sings, she has a backing chorus of multi-tracked mini-Erykahs to keep her company.

Its 14 tracks, now presented over four sides of vinyl for the first time, include some longeurs – “4 Leaf Clover” and “No Love” are routine love calls – but its best songs are strikingly original, while its sprinkle of interludes punch above their two-minute weight. “Afro Freestyle Skit”, for example, sets a doodle on hairstyle to a New Orleans horn.

“Next Lifetime” is sung by a woman in a committed relationship confronted with an attractive alternative. She can’t two-time her partner, so it’s “See ya next lifetime”. The trickiest number here is “Certainly”, its deceptively simple lyrics apparently describing a woman uninterested in the love affair being pressed upon her: “I was not looking for no love affair, papa”. Then Erykah spilt the beans that the song is about African-American history, the unwanted love affair the slave trade with date-rape (“you slipped me a mickey”) as the brutality of slavery.

Badu brought dignity and intelligence back into soul, R&B, and hip-hop – the boundaries were increasingly blurred – and her ‘conscious’ stance, which extended to her promoting vegetarian whole foods, found many echoes. Lauryn Hill’s 1998 killer, The Miseducation Of, was a case in point.

By the time of Mama’s Gun, released in 2000, D’Angelo, Badu and hip-hopper Common were calling themselves ‘Soulquarians’. The quest for authenticity lead all three to record albums at New York’s Electric Ladyland studios, Hendrix’s old place still being furnished with analogue equipment.

A spirit of collaboration runs through D’Angelo’s Voodoo, Common’s Like Water For Chocolate, and Mama’s Gun, whose tracks are more often the work of Badu alone but come littered with guests; hip-hopper Jay Dee on “Don’t Cha Know”, Stephen Marley evoking his father on the duet of “I’m In Love With You”.

Mama’s Gun doesn’t wander too far from the grooves of Baduizm, though its stalking bass and abrupt horn flurries sometimes recall Fresh-era Sly Stone. While its songs were praised for being more intelligible, the mystery of Baduizm was missing. And it lacked a demon single, the nearest thing being “Bag Lady”, which begins as a cameo of a hapless street dweller before blooming into a sly critique of sisters – “Gucci bag lady, Nickel bag lady” – who can’t let go of emotional baggage.

“Cleva” and “Booty” turn R&B’s penchant for sexual conquest on its head, the former advising “This is how I look with no make-up and no bra”. By contrast, “Orange Moon” and “I’m In Love With You” play it sweet. It’s a romantic album, made after the birth of Badu’s first child. Its mixed critical reception and ‘disappointing’ sales’ – one and a half million in the US alone – left Badu nonplussed. So what? It was a piece of her art, her life. There would be others. As there have been, a trail of albums and children and, recently, a course in midwifery. What a woman.