Elton and Bernie’s double shot heard ‘round the world 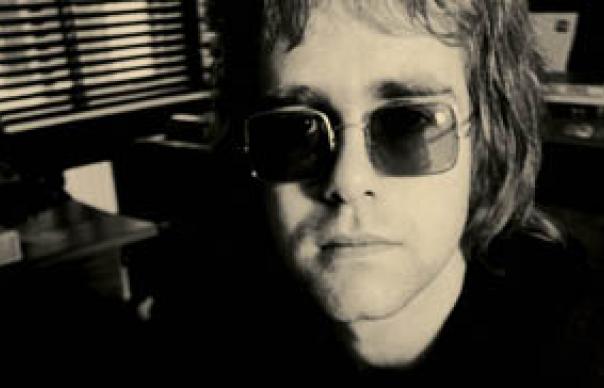 Back in January of 1970, with the ’60s having ended and the ’70s yet to take shape, a generation wondered who would step forward to fill the massive hole in the pop universe where The Beatles had been. At that moment, a bespectacled, portly youngster with a big voice, elevated piano chops and a force-of-nature performing persona was recording the album that would thrust him into that void a few months hence.

The key event occurred in August of that year, when 23-year-old Elton John, backed by bassist Dee Murray and drummer Nigel Olsson, played his first US shows at LA’s Troubadour in front of a packed, star-studded and media-saturated crowd. By that time, people were already hailing “Your Song”, which was then getting airplay as an album track on FM radio, as a modern-day standard, so Elton had some momentum. But when the word spread about the by-all-accounts mind-blowing Troubadour performances, his ascent to stardom was nearly instantaneous. And to think, he was contemplating “packing it all in and joining Jeff Beck” just a month before the Troubadour gig.

Nonetheless, Elton was a perplexing musical puzzle, with the tunefully sentimental piano balladry of “Your Song” indicating the arrival of a major pop star, the pomp and poetic imagery of “First Episode At Hienton” and “Sixty Years On” putting him alongside Procol Harum in the classical-rock arena, and the careening “Take Me To The Pilot” showing him to be a kick-ass rocker in the style of the Tulsan dynamo Leon Russell. As it turned out, Elton’s talent and ambition, furthered by an inspired supporting cast, enabled him to transcend easy categorisation, evidenced by the fact that Elton John was cut live off the floor – vocals, rhythm tracks orchestrations, the works – in one week. He was on a roll that would continue full throttle through the first half of the ’70s, during which he would write and record no less than nine studio albums, all with Bernie Taupin providing the lyrics and Gus Dudgeon producing.

The subsequent Tumbleweed Connection, fortuitously recorded prior to Elton’s commercial explosion and thus dictated only by the artistic impulses of the artist and his creative team – Taupin, Dudgeon and string arranger Paul Buckmaster (who’d teamed with Dudgeon on David Bowie’s “Space Oddity”) – presented a far more unified musical and thematic vision. Not only that, but the LP was created as an album of interlocking songs, with no thought given to radio singles (an utterly pure situation that would be impossible for them to repeat).

Inspired by The Band’s Music From Big Pink, Tumbleweed… was born out of Taupin’s fascination with Americana, largely inspired by western movies, as John reacted to the sheaf of lyrics he was given with synergistic flights of musical fancy.

More than at any time thereafter, the Taupin-John two-staged creative process resulted in a magnificently cohesive album, from the scene-setting “Ballad Of A Well-Known Gun” through the memorable “Country Comforts” to the stunning three-stage payoff of “Amoreena”, “Talking Old Soldiers” and “Burn Down The Mission”. The fact that neither of the partners had yet set foot in America at the time underscores the material’s vibrancy; indeed, Tumbleweed… is as much a free-flowing fantasia as Bowie’s subsequent Ziggy Stardust, teeming with melodic and narrative connections, along with the psychological underpinning of the relationship between youth and age, particularly fathers and sons, first hinted at on “Sixty Years On” and here examined with delirious obsessiveness.

Whether fans will opt to upgrade from the already expanded 2004 reissues of the two LPs depends on their need for a mass of capably performed and recorded piano demos, 12 on Elton…, five on Tumbleweed… or the far more seductive full-band tracks cut live for various BBC sessions – three apiece on both albums’ second discs. The previously unissued performances of “Ballad Of A Well-Known Gun”, “Burn Down The Mission” and “Amoreena” are every bit as riveting as the Mick Ronson-fuelled outtake of “Madman Across The Water”, retained from the previous Tumbleweed… edition. “Ballad…” also gets a delightfully full-on country-rock treatment that sounds like Elton fronting New Riders Of The Purple Sage. Of the two reissues, my guess is this is the one you won’t be able to live without. That’s because the expanded Tumbleweed Connection represents that rare occurrence when perfection itself is improved upon.
BUD SCOPPA