Electric Light Orchestra – Out Of The Blue 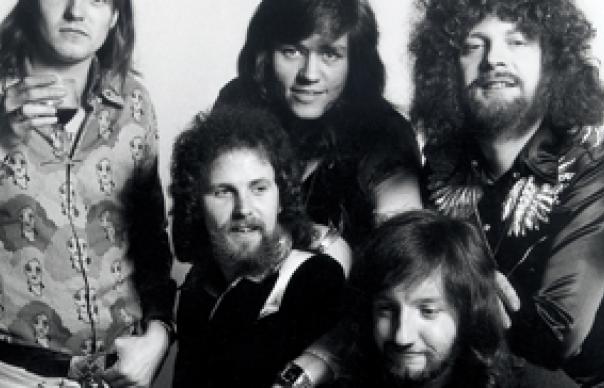 The best thing about being an anachronism, of course, is that your music never sounds dated. Just ask Jeff Lynne. On its release in November 1977, ELO’s seventh album was met with indifference by critics mesmerised by the sonic revolution of Never Mind The Bollocks, released a fortnight earlier. A prog-pop double album boasting 30-piece choirs, a 40-piece string section and a song dedicated to Lynne’s beloved Birmingham City (“Birmingham Blues”), in 1977 Out Of The Blue was the musical equivalent of flares.

Today, and millions of sales later, things look slightly different. The symphonic pretensions and Star Wars-via-Sergio Leone imagery have impacted on everyone from Air to Muse (Black Holes & Revelations and Out Of The Blue even share a song title –“Starlight”). The Feeling, meanwhile, are busy exposing a new generation to the joys of airbrushed, Macca-esque power pop. Which is a roundabout way of saying that Out Of The Blue – spruced up and with three additional tracks – has that rare quality of sounding better today than it did on release.

Recorded over a month in Munich following a songwriting sabbatical in Switzerland, it comes blessed with an alpine clarity and a production as rich as Black Forest gateaux. If predecessor A New World Record fine-tuned Lynne’s admiration of The Beatles’ “Day In The Life”, songs like “Turn To Stone”, “Standin’ In The Rain” and of course “Mr Blue Sky” re-invented it with a Wagnerian grandeur. John Lennon was reputedly a fan, and hearing splendid ‘lost’ track “Latitude 88 North”, it’s easy to imagine this is how Lennon’s former band might have ended up, drugged by their riches into making a lavish pop fantasia.

Listening to all 17 tracks in one sitting may induce nausea in all but the most hardened Guilty Pleasures addict. However, Lynne himself has said of Out Of The Blue that, “The words rhyme but they’re not very deep,” and that’s the core of its appeal to fans as diverse as Dave Grohl and The Flaming Lips. Forget the furrowed brow of modern rock for a moment – wallow in this pop Prozac.