The worst of times... the best of albums. 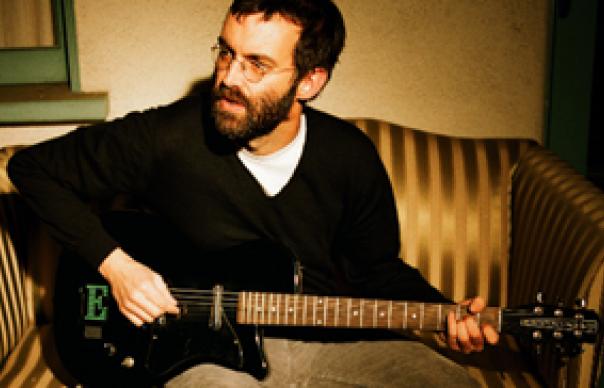 Eels’ Mark Everett, usually known as E, has not deployed an unconsidered word in seven previous albums, but the title of his eighth is exquisite even by his standards. End Times, to adherents of the Abrahamic faiths, are the tribulations that presage the apocalypse; an event which some 50 million of E’s fellow Americans confidently expect to witness in their lifetime. While these people are wrong or, at least, will be unable to dispute that assertion if it turns out they’re not, most of them, and most of the rest of us will at least have some appreciation of what it feels like when one’s own world ends.

Long story short: she’s ditched him. While desolation and loneliness are hardly new subjects for E, he has never before explored and mapped them with this forensic exactitude: tellingly, the usually cheerfully confessional E is refusing interviews about End Times, apparently believing it too personal to discuss. It’s doubtless no consolation, but this latest disappointment might well have prompted Eels’ masterpiece.

It starts, logically enough, with “The Beginning”, a snapshot of the contented optimism of a man who believes he has found what, or, more precisely, who he was looking for. It’s all downhill from there. Like other distinguished chroniclers of middle-aged heartbreak (Randy Newman, say) End Times understands that the grief, rage, and desperation that attend such calamity are ruthlessly magnified by the knowledge that the carousel has finite further rotations left in it. “In My Younger Days” notes that a man with less grey in his beard “would’ve just chalked it up/As part of my ongoing education/But I’ve had enough/Been through some stuff/And I don’t need any more misery”.

Sonically, End Times contains no digressions from the template Eels established on their 1996 debut single “Novocaine For The Soul”. This is no bad thing. Eels got it right the first time, and perceive no virtue in fooling untowardly with what works: they’re the AC/DC of consumptive electro-indie. This album was recorded in E’s basement studio, and produced and substantially played by him.

As ever, the songs are insidiously melodic despite their simplicity, evocative despite their directness, and E’s careworn growl reliably affecting, despite its limitations.

The few eccentric excursions are perfectly judged. “High & Lonesome” is a minute-long collage of suitably portentous sounds thunder, rain, church bells, an engaged tone. “Apple Trees” is a wistful answerphone monologue over a pretty toytown backing (the wilful naivety of some of the instrumentation is one of several echoes of Leonard Cohen‘s I’m Your Man). At the start of the Mark Eitzel-ish lament “Nowadays”, a snippet of studio babble provides what might be a subtitle for the album: “Something’s not right. I don’t understand.”

For all its bleakness, End Times offers a few dimly glimmering, redemptive reprieves. E is not oblivious to the absurd humour of his situation: as a summation of domestic dischord, Tom Waits would applaud the opening of “A Line In The Dirt”: “She locked herself in the bathroom again/So I am pissing in the yard.” And though he has to contort himself painfully to perceive it, E can appreciate the haven of perspective (“I take small comfort in a dying world,” he offers on “Gone Man”, “I’m not the only one who is feeling this pain”). He finishes with the only song on the album that clears three and a half minutes. -The six-and-a-half minute elegy “On My Feet” is a dispatch from a man who has learnt the hard way that much of the energy we choose to expend is squandered on things that couldn’t matter less: “So many thousands of days in my life that I don’t remember/And a small handful of days that I do hold near to my heart.”

End Times is not merely Eels’ best album yet, but in the highest rank of breakup albums, seething with the anguished fury of Ryan Adams’ Heartbreaker, sighing with the stoic resignation of Bruce Springsteen‘s Tunnel Of Love. It’s the sound of a man getting older, and wiser, but already wise enough only to marvel at how little you ever learn. It’ll be the last thing E wishes to hear, but he should get divorced more often.