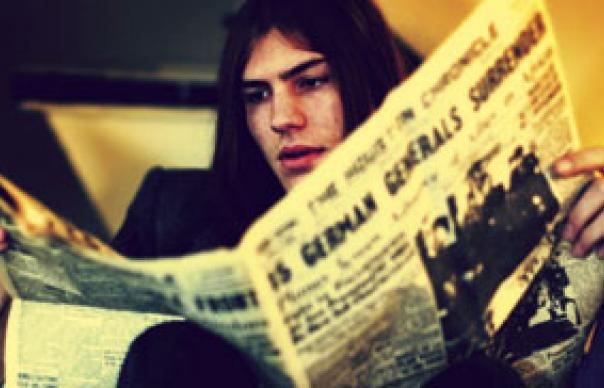 Dylan LeBlanc’s debut album arrives with such a lovelorn swagger that you have to wonder how much living he’s packed into his 20 years.

The answer, thankfully, is that LeBlanc needn’t necessarily have cried all these tears, but he’s grown up in the company of men who have. He is the son of Lenny LeBlanc, a Muscle Shoals sideman who played with Hank Jr and Roy Orbison, before scoring a big hit with “Falling”, and then finding God. Spooner Oldham was a family friend, and Dylan’s songs impressed Rick Hall, who runs the Muscle Shoals offshoot, Fame Music, enough that he signed the boy as soon as it was legal.

Dylan’s grandmother also supplied a vast record collection, stocked with a Who’s Who of early 1970s singer-songwriters, and that influence, more than Southern soul, dominates his sound. We’re talking literate Americana. It’s not exactly country, more like Ryan Adams inhabiting the mood of On The Beach. There are occasional detours into American myth: the positively baroque “Death Of Outlaw Billy John” is an old western tale of a hanging, and a mother who walks on the dark side of the street, while LeBlanc’s impeccable taste is shown by the presence of Emmylou Harris of “If The Creek Don’t Rise” (the song almost collapses into emotional torpor, with LeBlanc lamenting “someone remind me not to be reminded of you”.

Is the sadness, real? Well, there is talk of heavy drinking and dark moods in LeBlanc’s teenage years, but the biographical colouring would be meaningless if he wasn’t blessed with a beautiful, smoky voice, which melts wistfully into the pedal steel of sometime Burrito Brother Wayne Bridge. It’s quite lovely, and never better than on the passive-aggressive “Ain’t Too Good at Losing”, which sees LeBlanc waking from another dark night of the soul only to find he’s stuck in a bleak morning. “Honey,” he sings mordantly, “I ain’t too good at losing, but I give up.”
Alastair McKay