Bernard Butler’s protégé croaks out some smart slices of dadsoul 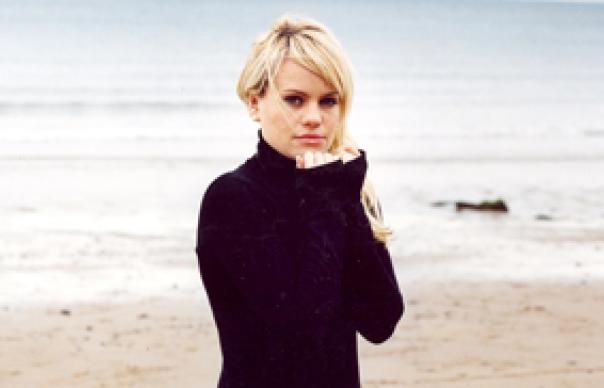 Stevie Wonder had Syreeta; Phil Spector had Ronnie; James Brown had Lynn Collins and Marva Whitney, while Prince and Serge Gainsbourg had a couple of dozen between them. Now Bernard Butler – the journeyman guitarist from Suede – has been gifted his own protégé in the form of Aimee Anne Duffy, the hotly tipped 22-year-old soul chanteuse from North Wales. If it’s slightly unfair to regard Duffy as ingénue – she writes all her own lyrics – Butler’s sonic fingerprints are certainly all over her debut album, and his presence gives Rockferry a maturity that’s lacking from the slew of wannabe Amy Winehouses.

The production is littered with knowing references for soul aficionados. “Stepping Stone”’ borrows the guitar vamp from Dionne Warwick’s “Walk On By”; “Warwick Avenue” references the pentatonic bassline of Smokey Robinson’s “My Girl”; “Distant Dreamer” is pure Walker Brothers; “Syrup And Honey” could come from one of Candi Staton’s country-got-soul sessions; “Delayed Devotion” sounds like something that Ashford and Simpson might have knocked off for Marvin Gaye and Tammi Terrell.

The USP, however, is Duffy’s vocal chops. The title track is a great calling card, where she starts low and husky before suddenly leaping a whole octave to belt out the second chorus. But, Duffy’s croaky, Lulu-ish holler never quite elicits goosepimples. The four tracks co-written with Butler have the same hamfisted grandeur of McAlmont & Butler’s “Yes” – all soaring strings and clumpy drums – but you are left wondering how much better some of this might sound were it fronted by David McAlmont’s haunted tenor and thrilling falsetto.

The other weakness is Duffy’s schematic lyrics. Whereas Amy Winehouse sings with a potty-mouthed, 21st century swagger, Duffy sounds like she’s been rearranging a set of fridge-magnet poetry culled from classic soul songs. Phrases like “keepin’ me hanging’ on”, “beggin’ for mercy” and “sweet lurve” recur, alongside other predictable soul buzzwords (“baby”, “honey”, “heartache”, “devotion”, etc). Rockferry is almost a very good album, but, for all the classic soul hallmarks, there’s little insight into the actual soul of Duffy herself.

UNCUT:How did you hook up with Bernard Butler?
DUFFY: Through my manager. The first time I met Bernard I was a bit cheeky. But he’s been absolutely brilliant. He’s been giving over years of his life for this record, even when there’s never been any guarantee that he’d get paid for it.

What’s this about the crash course in classic soul?
It wasn’t as obvious as being handed a pile of Betty Swann albums as homework! It was just hanging around the Rough Trade offices, which must be like Motown in 1965. I’d be soaking up everything.

Amy Winehouse. Discuss…
Ha! We actually started this project four years ago, and most of this album had been written before Amy’s second album as released. So it was a complete coincidence that they had something in common. I don’t like the word “retro”. That suggests pastiche. “Nostalgia” is fine, though.