Improbably, they find a way to get better than ever 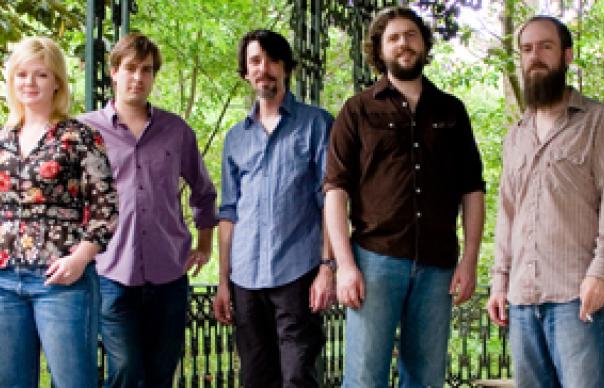 Though hidden behind an endearing façade of self-deprecation, there is colossal ambition lurking at the heart of Drive-By Truckers. Based around independently-operating songwriters Patterson Hood and Mike Cooley, the band have sought to establish a synthesis of some classic rock archetypes: the authenticity and virtuosity of Lynyrd Skynyrd, the social conscience of Bruce Springsteen, the whiskey-sodden wit of The Replacements and the righteous fury of Crazy Horse. Thus far they have failed to make an album that is less than sensational – but such hyperbole notwithstanding, Brighter Than Creation’s Dark, the Georgia-based band’s ninth album, represents a further upping of the ante, and an extraordinarily tough act for the rest of 2008 to follow.


Even by Drive-By Truckers’ formidable standards of internecine rancour, the gestation of “Brighter Than Creation’s Dark”, was turbulent. They endured the (by DBT standards, relatively amicable) departure of Jason Isbell, their long-serving guitarist and inspirational songwriter (he wrote the sublime father-to-son ballad “Outfit”, from 2003’s “Decoration Day”). They wandered off on a semi-acoustic tour, and served as backing band on Bettye LaVette’s Scene Of The Crime. It could have been forgiven, all round, if Brighter Than Creation’s Dark was uneven, uncertain, a stop-gap slung together in transition.

It is none of those things. The gap left by Isbell is filled by DBT bassplayer – and Isbell’s ex-wife – Shonna Tucker, who takes centre stage for the first time, contributing three fine songs and a gorgeous, throaty croon, and by legendary keyboardist Spooner Oldham (Percy Sledge, Aretha Franklin, Bob Dylan) who haunts many of the album’s 19 tracks with characteristic soulful subtlety.

The influence of the semi-acoustic stint – the “Dirt Underneath” tour – is immediately apparent. The first sound is a flutter of acoustic guitar, heralding “Two Daughters And A Beautiful Wife”, a deceptively unassuming ballad that builds into a wracking, pedal-steel-lashed tale of a gothically dreadful domestic horror show. Something like normal service is resumed with the ensuing tracks, Mike Cooley’s raucous, Green On Red-hued “3 Dimes Down” and the swaggering, “The Righteous Path”. The latter is a bitterly hilarious sketch of small-town morality, suggesting Creedence Clearwater Revival updating Merle Haggard’s “Okie From Muskogee” as a God-fearing, Fox-watching, Bush-voter (“I got a brand new car that drinks a bunch of gas/Got a house in a neighbourhood that’s fading fast/Got a dog and a cat that don’t fight too much/Got a few hundred channels to keep me in touch”).

It’s a theme the album revisits on “Bob”, a gentle, wryly affectionate portrait of a simple but solid man (“Bob goes to church every Sunday/Every Sunday that the fish ain’t biting. . . he likes to drink a beer or two every now and again, he always had more dogs than he ever had friends”) evoking the deadpan doggerel of Shel Silverstein. Lest there be any doubt about this, this is no bad thing – indeed, a distinguishing feature of “Brighter Than Creation’s Dark” is an amplifying of DBT’s always zestful lyrical playfulness, best demonstrated by Cooley’s “Self-Destructive Zones”, a beautifully and densely written romp.

Drive-By Truckers have, in the past, willingly submitted to the temptations of the Big Idea – their 2001 magnum, opus, Southern Rock Opera, was exactly that, essentially a concept album chronicling the rise and fall of their obvious touchstones, Lynyrd Skynyrd. Brighter Than Creation’s Dark, if it sounds any one thing, mostly sounds like an album assembled according to a diametrically opposed creed of reductive modesty – little falls outside Harlan Howard’s imperishable definition of country music: “Three chords, and the truth”.

These are songs extrapolated from the prosaic but telling details of frustrated lives – the struggling bar band of “Opening Act”, the domestic wreckage of “Lisa’s Birthday” (another mordantly droll Cooley masterclass), the hopeless soak of Oldham’s star turn “Daddy Needs A Drink” (this latter protagonist surely a deliberate echo of John Prine’s “Sam Stone”). These disparate figures coalesce, gradually and subtly, into an affecting portrait of a gloomy and disappointed nation. The album begins to sound like a soundtrack for which Joe Bageant’s journalistic homage to America’s disregarded semi-rural blue-collar schlubs, “Deer Hunting With Jesus”, has already provided the libretto.

A couple of songs, “That Man I Shot” and “The Home Front” have roots in a foreign field – or, rather, foreign desert. They’re the most obvious demonstrations of the rage bubbling beneath even the more musically gentle songs of the album. Both are brutally lyrically direct, the former drenched in squalls of electric guitars recalling the exuberant furies of Neil Young’s “Eldorado”, the latter an exquisite addition to the DBTs’ already spectacular canon of rueful balladry.

This is a stunning album, bristling with astute and funny words, glorious tunes and delivered in performances all the more impressive for sounding so utterly effortless (the dazzling acoustic guitar solos of veteran collaborator and newly anointed full-time member John Neff on the sweet Guy Clark-ish trundle “Perfect Timing” merit especial kudos on this front).
Drive-By Truckers have always been unabashed about where they came from, geographically and musically, and have always subscribed ardently to the American – specifically country – creed of acknowledging one’s inspirations and influences. Fine as its predecessors have been, however, Brighter Than Creation’s Dark could well mark the point at which this consistently extraordinary band begin to bear the torch forward.