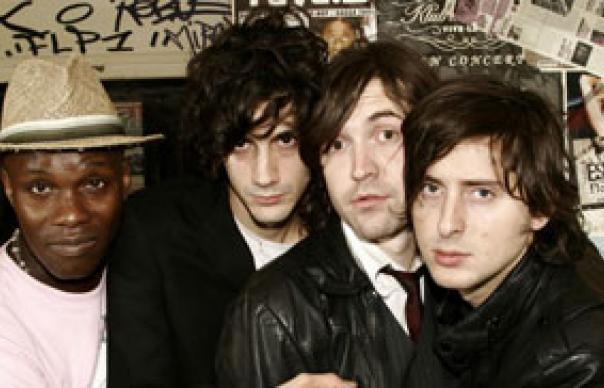 Perenially cast in indie circles as a photogenic McCartney to Pete Doherty’s mercurial Lennon, Carl Barat has enough demons of his own, as proven here. “What you want is to stay away from people like me” he growls at on stage, and the image of hundreds of terrified Kaiser Chiefs fans running for the exits is inescapable.

Dig beneath the murky punk riffs (“Chinese Dogs”) and difficult time signatures (“Buzzards And Crows”) however, and you uncover a lyricist of rare promise, at his best when he’s on home turf. “The queen is on her throne/Bingo cards and chicken bones” he sighs on “Tired Of England”, providing a vinegary urban update of Ray Davies Village Green Preservation Society.

Elsewhere, drugs are consumed (“Kicks Or Consumption”), punk-funk wrestled with (“Best Face”) and it all ends, tellingly, with barrelhouse romp “Blood On My Shoes”. Messy thrills.
PAUL MOODY