Even the longest journeys can end up taking you full circle... 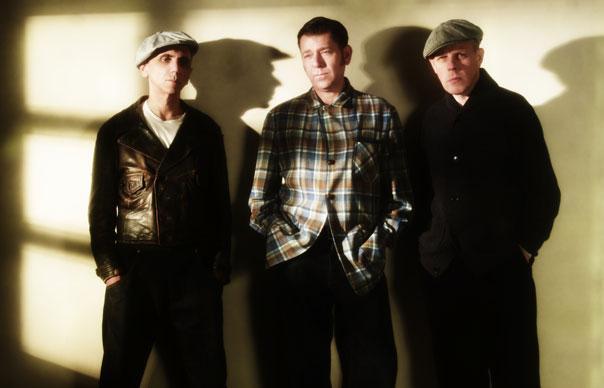 Even the longest journeys can end up taking you full circle…

Back in 1980, when Kevin Rowland was just 27, he interrupted his first album to recite a poem. It was backed by a lone saxophone and you couldn’t quite tell whether this was utter pretension or a piss-take of beat poetry; another clue to the bumpy artistic road Rowland was set to travel. The poem was called “Love Part One” and, in a quietly defiant tone, it asked love outside for a scrap. “Am I the first to question you exist?” he sneered at his shadowy nemesis, before saying he vomits at the thought that “she gives herself only for you.”

Thirty-two years and several broken relationships, bad career moves, addictions, depressions and public fuck-ups later and… nothing has happened to really change Kevin Rowland’s mind about love. He ends only his sixth album, not with an angry poem, but a calm, resigned monologue that breaks occasionally into a beautiful crooned chorus. “It’s not the end of the world”, sighs Kevin on the stunning “It’s O.K. John Joe”, “… but I think that I’m meant to be alone.” And, after the weight of the life-story he has sung out loud and clear over the previous eleven songs, it feels like a release and a relief, for Rowland, for the listener. You might even cry.

One Day I’m Going To Soar is an album about manhood in all its predatory, childish glory. It’s also, of course, an album about Kevin Rowland and his enduring anti-love affair with an amorphous beast called Dexys Midnight Runners, now Dexys for short, who may always feature completely different members, but without whom he can’t make good records, as 1988’s bland The Wanderer and 1999’s bizarre covers album My Beauty readily attest. So one can’t help but hear One Day… as a belated sequel to the great lost Dexys masterpiece, 1985’s Don’t Stand Me Down, particularly because the music is based on the exact same fusion of sources – Van Morrison, Irish airs, the soul and MOR pop of the late ‘60s and early ‘70s – and because it revolves around the same lyrical themes – Irishness, Englishness, childhood reminiscence, lust, paranoia, betrayal and whether an inability to settle into a committed relationship is necessarily the same thing as an inability to love.

A musical memoir in three acts, One Day… kicks off with “Now”, and ballad reminiscences about his parents’ hard-knock Irish upbringing, there’s the fractured boy’s search for roots and identity in “Lost” and the music-business horror story that is “Me”. It enters a triumphantly funny-‘cos-its-true, five-song gender war middle section, reaching both a peak of comic genius and the tale’s tipping-point when, on “I’m Always Going To Love You”, Kev suddenly decides that he won’t do after all, provoking co-vocalist Madeleine Hyland into comic howls of exasperation. It ends with three final poignant epics where Rowland attempts to reconcile his desperation for freedom with his guilt-ridden fear of isolation.

How an album that includes the spoken lines, (again from “It’s O.K. John Joe”), “I’m ugly and tired and jaded inside… I can’t last much longer like this”, can possibly leave you feeling energized and optimistic is entirely down to the melodies and how they’re played and recorded, with bassist Pete Williams and co-producers Mick Talbot and Pete Schweir crafting a slick-yet-spontaneous and deliciously soulful sound that often does for Willie Mitchell and Al Green’s Hi studios sound what Winehouse and Ronson did for Motown and Spector on Back To Black.

One Day I’m Going To Soar pulls off a rare trick: warts-and-all confession and revelation, utterly devoid of self-pity. And here’s the thing: It might be better than Don’t Stand Me Down. It might just be the best record of this year, and the best record of Rowland’s career. “Unlikely comeback” does not do this extraordinary record justice.
GARRY MULHOLLAND