Car crashes, comas, hepatatis and death. It's the return of Todd Solondz, of course! 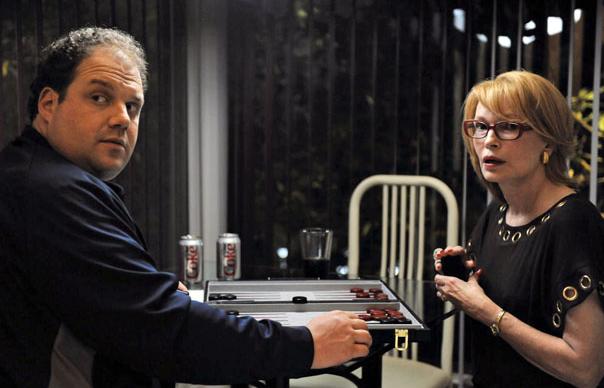 One encouraging trend I’ve noticed this year is the return of some leading lights from 1990s indie cinema. First, Whit Stillman emerged after a 13 year hiatus with Damsels In Distress, swiftly followed by Wes Anderson’s Moonrise Kingdom in May and now Todd Solondz is back with his first film since 2009’s Life During Wartime.

Dark Horse is perhaps Solondz most straightforward movie – that’s to say, there’s no suicide, paedophilia or on-screen masturbation here – but it does at least find the director engaging with his favourite theme: suburban loneliness. Abe (Jordan Gelber), is a man of a certain age and girth, who still lives at home with his parents. “My parents need me!” He explains. “Grow up,” he’s told. “No one needs you.” His mother (Mia Farrow) mollycoddles him. Abe works – not very effectively – for his father’s real estate business. As his father is played by Christopher Walken, you sense this is not a healthy set of circumstances.

Superficially, at least, this state of affairs seems not to trouble Abe unduly: the stereo in his bright yellow truck (resembling a giant Lego toy) pumps out air-punching, aspirational pop rock; he appears relentlessly upbeat. At a wedding, Abe meets the highly-medicated Miranda (Selma Blair), and you begin to suspect that in another universe, this could pan out as a romantic comedy with Seth Rogen or Zack Galifianakis playing the arrested adolescent opposite – God help us – Emily Blunt. Typically, Solondz prefers to grind out agonies for his protagonists – here you will find car crashes, comas, hepatatis and death. It’s the cinematic equivalent of setting fire to ants with a magnifying glass.
Michael Bonner