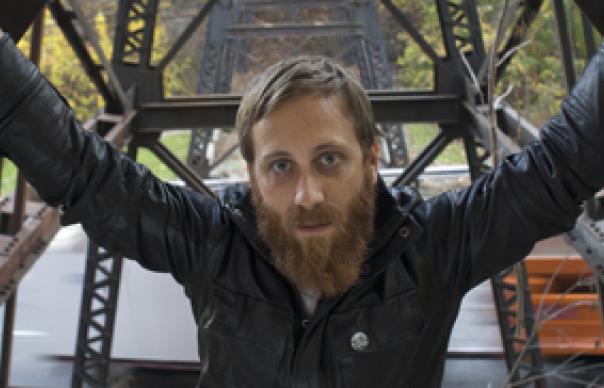 When celebrated producer Rick Rubin signed ZZ Top in 2008, his first thought was to put them together with The Black Keys, the Ohio-based duo in which Dan Auerbach and Patrick Carney do strange things to the blues – rendering them swampy and psychedelic, and faintly reminiscent of Led Zeppelin. Rubin’s move made sense. Even though ZZ Top made their millions from an image every bit as cartoony as the Ramones, they were, at root, a psychedelic power-trio. The Black Keys share the same influences, to the extent that – apart from the odd sonic flourish by producer Danger Mouse on 2008’s, Attack & Release – there’s very little in their sound to anchor them to today. Listen to “I Got Mine”, and you might as well be jamming in the garage with a young Billy Gibbons.

Or so you might think. But Attack & Release sounds positively modernist alongside Auerbach’s solo debut, recorded and self-produced at his Akron Analog studio. Apart from the drum machine on “Real Desire”, it’s a timeless-sounding work. But if you had to date it, the languorous rhythms and the sense of control in the playing would point to somewhere around 1966. This is a heavy rock sound from the time before that music slid into self-parody: there is no screeching, no displays of virtuosity, and not a whiff of Spandex. The roots of the music are still evident, so there are shades of gospel and soul, and you might even catch a hint of Auerbach’s earliest influence – the bluegrass music played by his mother – in the harmonies.

It is an album in the original sense of the word, offering a coherent display of Auerbach’s influences. “Streetwalkin’” comes loaded with the fuzzy swagger of The Stooges (though Auerbach prefers to credit earlier purveyors of that primal rhythm, tracing it back through Link Wray and – a primary influence on The Black Keys – North Mississippi bluesman Junior Kimbrough). The lovely lullaby “When The Night Comes” owes a debt to Van Morrison (Auerbach admits to having had Van’s 1967 LP Blowin’ Your Mind! on heavy rotation), and “My Last Mistake” judders from the speakers like a lost beat-boom classic.

The Black Keys have always been ambivalent about being labelled as blues, largely because of the staleness of the music that salutes that flag in the US, but Auerbach is more relaxed about the term than his partner, Carney. “I Want Some More” and the reverb-heavy “Heartbroken, In Disrepair” have the muscle of early Zeppelin, or – if you must – The White Stripes, while the opener, “Trouble Weighs A Ton” exists in the space between the folk-blues and a spiritual. There’s something odd, too, about the timekeeping. Auerbach plays in human time. Often that means holding back, and playing more slowly than the rhythms would seem to demand. The songs often sound as if they are on the point of collapse – an effect that suits the singer’s weary worldview.

The album ends sweetly with the gorgeous melancholy of “Goin’ Home”, a song which carries faint echoes of “Here Comes The Sun”, and shuffles out in a breeze of wind chimes. In traditional blues, going home is a metaphor for death, and while Auerbach is enough of a traditionalist to embrace that possibility, there’s an odd note of optimism here. It’s redemption, and heaven, and rebirth, though not necessarily in that order.

What was your idea for the album?

I focused on making an album. It wasn’t a collection of singles – I wanted it to grow and have some different pacing going on. I didn’t want a record where everything sounded the same.

How does it differ from a Black Keys record?

There’s no Pat [Carney] on it. That’s the biggest part. Pat and I have a certain way that we go about making a song that would turn into a Black Keys song. When it’s just me I get to have all the say. So I got to explore vocal harmonies with different people, and different rhythms and song structures.

I’m finding it increasingly difficult to listen to any piece of music that was recorded past 1971. It’s not even that I like the sound of that period, it’s just that things sounded more real, more vibrant, more alive. When you start sectioning off instruments – and the drums are on their own, and the guitars are on their own – everything’s very dry. It starts to sound like canned soup, compared to home-made soup.