COUNTING CROWS – AUGUST AND EVERYTHING AFTER

Deluxe reissue of 90s classic, with demos and live album 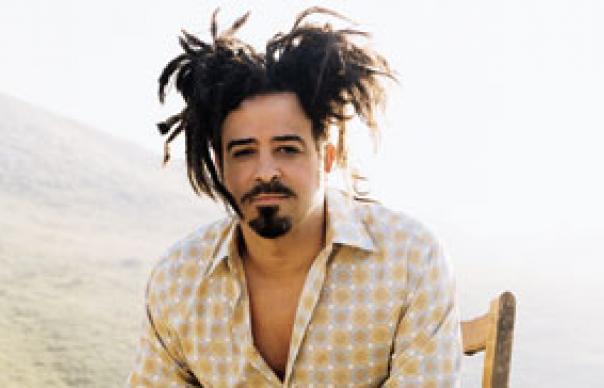 It’s hard, several million sales later, to approach the Counting Crows‘ 1993 debut with fresh ears. The ironies of the album’s big hit, “Mr Jones”, on which Adam Duritz aspires to be a lion, Bob Dylan, and a big star – though not necessarily in that order – were always present, but they assumed greater poignancy when the singer found himself trapped inside a sudden fame that turned these San Francisco college rockers into one of the biggest bands of the 90s.

That mass popularity was based on adhesive melodies and the irresistibility of the Crows‘ choruses. Songs such as “Mr Jones” and “The Rain” have a warmth which disguises the more general tone of the lyrics. But Duritz‘s subsequent emotional troubles can’t have come as a shock: his words are flecked with anxiety; from heartbreak to existential dread and on to full-blown depression. Then you realise that the sunny horizons of “Mr Jones” were a mirage. Even before fame got him in a headlock, Duritz knew this was only, in a way, to be expected.

All of which made Counting Crows a peculiar arena band. True, those harmonies find echoes in REM (see “Sullivan Street”), but the demos show that before Duritz reshaped the sound (with T-Bone Burnett producing) the group were politely polished in the style of Avalon-era Roxy. The live set which accompanies this reissue (from a December ’94, Paris show) has the band tugging the songs to breaking point, with “Round Here” and “A Murder Of One” swollen into neurotic improvisations, and nodding to the group’s roots with a maudlin cover of Sordid Humor‘s “Jumping Jesus”. It’s dark stuff, all this riffing about meaninglessness and oblivion, and not a place you’d need to revisit often.

This isn’t Duritz‘s favourite Counting Crows album. He prefers Recovering The Satellites, feeling that some of the songs on August weren’t fully realised. Maybe so. But there’s something to be said for brevity, and the illusion of good cheer.

Uncut: What are your memories of recording this album?

“That record was brutal to make. Everybody tried to quit at one point, including me. When you’re in a young band you’re all democracies, and I just decided it wasn’t one anymore. It came as a shock to everybody and it was really difficult. But we got through it, and that’s why we’re still here today. It wasn’t personal. It was just musical.”

What do you think about the record?

“Some of those songs we learned to play a lot better later. That’s not to say we could have done anything better. It’s just I don’t think I was as good a singer then. I’d never been on tour before. That experience of playing every night changes you as a singer. By the time we go to play that show at the end of the tour, on the second disc, I’m a way better singer.”