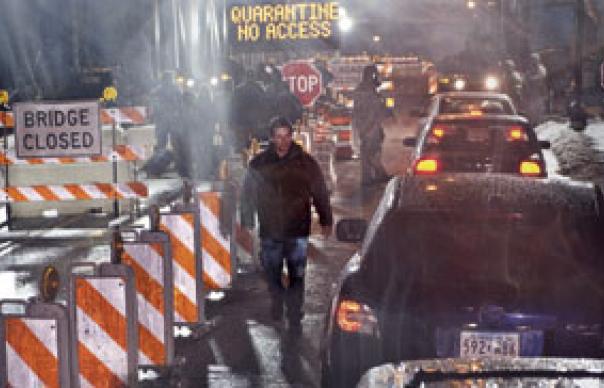 A multi-stranded ensemble piece – imagine Traffic with microbes – Contagion traces the outbreak of a global pandemic.

A decidedly peaky-looking Gwyneth Paltrow plays Patient Zero, no sooner home from the East than she’s dead on a dissecting slab.

mong the medics and bureaucrats trying to contain the situation are Kate Winslet, Jennifer Ehle and a scene-stealing Elliott Gould.

The weakest links are Jude Law’s conspiracy-theorist blogger, whose Antipodean accent could set off allergic reactions, and the scenes of panic and looting – so cursory that you wish Soderbergh had been able to develop his themes at mini-series length.