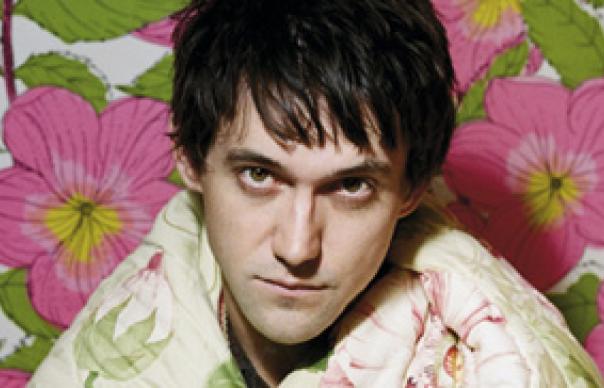 The career of Conor Oberst, the 28-year-old Nebraskan best known for his work as Bright Eyes, famously started at the age of 12 – around the same age as Michael Jackson’s. Rather like Jacko, Oberst’s gone on to betray the same infuriating mix of talent and idiocy.

He’s certainly done his best to alienate audiences with a series of famously shitfaced live shows. One time he announced “I hate your fucking state” to audience members in Fort Worth, Texas and suggested that proper Texans would be out “roping steers and raping Indians”. A few months later at Glastonbury he informed the crowd that the late John Peel was “a cokehead”, the festival was “shit” and that the Make Poverty History campaign was “laughable” (“Yeah, that last song has just made poverty history, you stupid fuckers”).

Moreover, he’s had problems shaking off the “teenage prodigy” tag, still occasionally sounding like a precocious high-school student trying to cram his sizeable record collection into every song he writes. His various diverse side-projects (he’s played in assorted punk, emo, country rock and bubblegum pop outfits as well as Bright Eyes) have led many to dismiss him as a whiny emo kid in alt.country clothing, a Cure obsessive who’s too pale and fey to be making this kind of music. You certainly won’t find him shacking up in a rural log cabin and living off the meat of a deer he’s just shot (he’s vegan, for a start).

But these objections kind of miss the point. Oberst’s talent is to take a string of Anglophile indie influences (the bleak melancholy of Morrissey, the self-loathing neuroses of Robert Smith, the Celtic mysticism of Mike Scott, the caustic wit of Elvis Costello) and place them through the filter of US roots music. Not so much alt.country, more C&W86.

This self-titled solo album was recorded in a Mexican town known for its “spiritual energy”, but there is no cod-mysticism and little tequila-soaked introspection. Primarily it unshackles him from his increasingly symphonic collective Bright Eyes, with long-term associate Mike Mogis replaced by the Mystic Valley Band, featuring guitarist Taylor Hollingsworth and bass player Macey Taylor (Bright Eyes regular Nate Walcott also guests on organ and piano).

It’s largely uncluttered and unplugged, and fully embraces the “new Dylan” tag which has long surrounded him. The first and last tracks, the unaccompanied acoustic guitar and voice ballads “Cape Canaveral” and “Milk Thistle” could be bonus cuts from The Freewheelin’ Bob Dylan, “Get Well Cards” sounds like an offcut from Bringing It All
Back Home, and elsewhere his songcraft and delivery will provide sonic comfort food for Dylanophiles, whether they’re fans of Nashville Skyline (check the sparky country rock of “Sausalito”), Desire (the swaggering road song “Moab”) or Blonde On Blonde (the bittersweet “Danny Callahan”). And, while some of these songs see him rattling out the kind of rhythmically pleasing but largely meaningless doggerel which Dylan excels (“you taught me victory’s sweet even deep in the cheap seats” he rhymes on “Cape Canaveral”), Oberst comes into his own when his mordant wit starts to shine through.

It’s a mix that’s at its finest on the aforementioned “Danny Callahan”, where a deceptively jaunty, major-key shuffle is offset by bleak lyrics that rubbish superstition (“stop reading the weather charts/Stop counting the playing cards”) before trying to rationalise the death of a small boy from a bone marrow disease.

The comparisons with Elvis Costello come to the fore with the rollicking, slightly unhinged “I Don’t Want To Die (In A Hospital)” (a ringer for Costello’s storming version of Hank Williams’s “Why Don’t You Love Me Like You Used To Do”). It’s here, as Oberst starts to list ways that he can escape from a grim hospital ward (“can you make a sound to distract the nurse/before I take a ride in a long black hearse”), that the gags start coming thick and fast. It’s proof that, when he escapes from awkward, self-conscious navel-gazing, Oberst can be a songwriter of some note.