Country stalwarts hook up at last for arresting debut 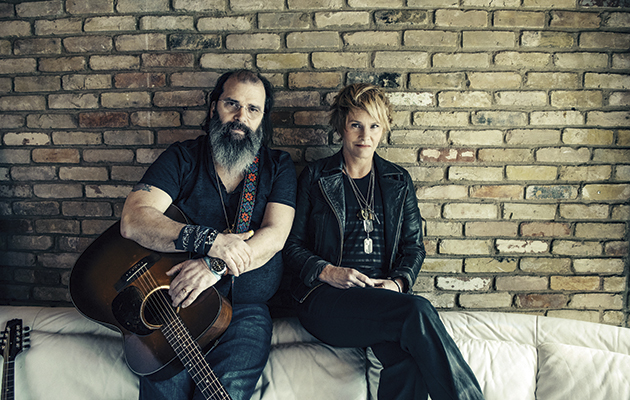 This union carries a certain degree of inevitability. Shawn Colvin and Steve Earle first shared a stage in 1987, at a gig in Massachusetts, thus signalling the onset of a mutually appreciative bond that was finally sealed when they toured the US together a couple of years back. High on the setlist was “Someday”, Earle’s depiction of small-town flight that Colvin had reimagined two decades earlier on her third solo effort, Cover Girl. “Shawn recorded it when I was completely off everybody’s radar, including my own,” commented Earle, referring to the early ’90s period that saw him jailed for drug possession.

Perhaps the only surprise about this first album of duets is that it’s taken them so long to get around to it. Shaping it all is Nashville’s go-to producer Buddy Miller, in whose band Colvin first played in the early ’80s. The two voices make for an ideal fit, spinning out harmonies that see Earle’s raspy tones rub up against the softer cadence of Colvin’s delivery. In places there are echoes of Robert Plant and Alison Krauss’s 2007 landmark Raising Sand, especially on the ravishing “You’re Right, I’m Wrong” and the equally vigorous “Come What May”. Another highlight is “Tell Me Moses”, coloured by mandolin and some buzzing harmonica. And there’s a lovely, carefree gait to the aptly titled “Happy & Free”.

Miller’s back-up band are dutifully sympathetic throughout, the producer adding baritone guitar alongside a number of seasoned players, including Earle’s old Guitar Town foil, Richard Bennett. All of which underscores the album’s informal sense of easy familiarity. Where Colvin & Earle doesn’t quite succeed is in its selection of covers. Emmylou Harris’ “Raise The Dead” is decent enough, as is Ian & Sylvia’s “You Were On My Mind”, but the inclusion of John D Loudermilk’s “Tobacco Road” (most famous in its Nashville Teens incarnation) feel like a misstep. As does an utterly prosaic version of the Stones’ “Ruby Tuesday”. Quibbles aside though, this appears to be a partnership with plenty of mileage left yet.