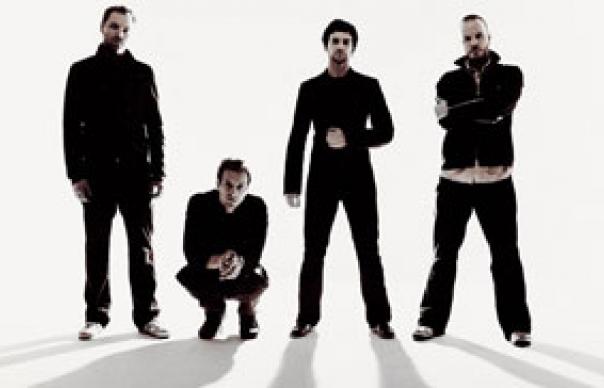 Soft, strong, and very long, Coldplay’s third album finds this remarkable band cruising into their prime, playing to their strengths and at the same time taking, for them, a few considered risks. Their momentum is such that even if X&Y contained several stinkers (it doesn’t, but could lose a couple of mawkish later tracks) it would still top charts everywhere, selling squillions.

Call them what you like – the housewives’ choice, the Tim Henmans of rock – but make no mistake, X&Y is an exceptional pop record. An unabashed epic of Joshua Tree-sized proportions glazed with a woozy Kid A-like synthetic veneer, its first seven songs are the finest the band have written, which says something of their calibre. You can well believe Chris Martin when he claims songs such as “Fix You” and “A Message” were “sent” to him almost fully-formed, as if dispatched by some divine tunesmith, for Coldplay’s deft mastery of melody and emotion, that chiming melancholic euphoria, is frankly awesome.

As a lyricist, family man Martin certainly has lots to scribble down these days but, alas, he’s no Morrissey. Intriguingly oblique at best, trite at worst (see “Swallowed In The Sea”), if it’s broken, lost or vulnerable, Chris is still your man to sing about it. Nevertheless, there’s plenty on X&Y for Coldplay’s insipid disciples Snow Patrol, Keane and Embrace to
feast upon for years, god help us.

It’s clear Coldplay wanted to advance musically without alienating their audience. They scrapped most of their first, more electronic attempt at this album because it lacked soul, retaining a few prized cuts for b-sides. But beneath stadium-slayers like “White Shadows” and “Low” pulses a healthy experimental zeal of which Brian Eno, whose productions Martin admits influenced the sleek feel of X&Y, would surely approve. “Talk”, above all, which builds upon Kraftwerk’s “Computer Love” refrain with New Ordered flair, is the perfect example of Martin’s intent. It shouldn’t work, but does, beautifully.

Coldplay are now so obscenely successful that for many they’ve become a guilty pleasure. But you shouldn’t be ashamed to enjoy X&Y. Not only is it 2005’s biggest album, it’s also one of its best.