BRUCE SPRINGSTEEN – THE PROMISE, THE DARKNESS…STORY 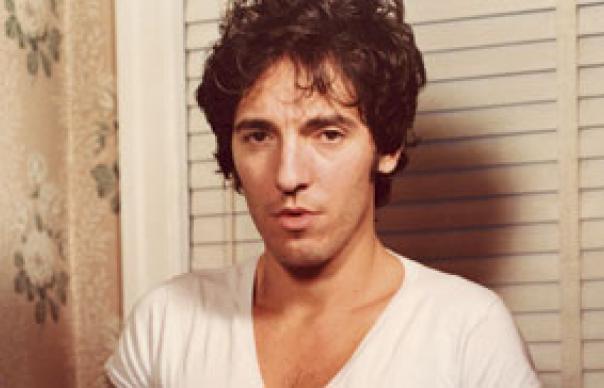 In 1978, Springsteen broke the three-year silence that had followed Born To Run by releasing that album’s polar opposite – the stark, unsettled Darkness On The Edge Of Town. The long break hadn’t been by choice. In July of ’76, nine months after the release of Born To Run, he had entered into a legal battle with his former manager, Mike Appel. It took almost a year of acrimonious negotiations for Bruce to get his catalogue back in an out-of-court settlement. Only then, in June of 1977, was he free to move on.

And move on he did, with gusto. Bruce, the E Street Band, manager/producer Jon Landau and engineer Jimmy Iovine spent the better part of a year holed up in New York’s Record Plant (where most of Born To Run had been cut), working up and recording around 70 tracks, written during his forced exile at his Holmdel, New Jersey farm.

Eventually, he settled on the 10 that would comprise Darkness… The songs that made up the album were much of a piece. Rather than once again conjuring up the feverishly romanticised America of the first three LPs, Springsteen decided “to write about life in the close confines of the small towns I grew up in”, as he explains in Thom Zimny’s captivating documentary, included on this 3CD/3DVD boxset The Promise: The Darkness On The Edge Of Town Story.

Against the backdrop of the decaying beach towns and rutted highways lining the Jersey Shore, these songs are inhabited by struggling yet resilient characters drawn from the working-class people he knew best. Hardscrabble anthems like “Racing In The Street”, “Badlands” and “Prove It All Night” set the template for Springsteen’s approach on subsequent works both widescreen (The River) and intimate (Nebraska). “By the end of Darkness…, I’d found my adult voice,” he writes in the book accompanying this set.

Of the 60 or so songs he’d set aside from the Darkness… LP, a handful saw the light of day, most famously Patti Smith’s Iovine-produced cover of “Because The Night” and the Pointer Sisters’ slicked-up take on “Fire”, both of them major hits, as the originals undoubtedly would’ve been. Among the original recordings, five Darkness… outtakes, including “Rendezvous” , wound up on the 1998 rarities box Tracks, while “The Promise” itself found its way onto the 1999 collection, 18 Tracks. Practically everything else has remained hidden – until now.

Inside the boxset are the digitally remastered original LP on one CD, with the 21 outtakes broken out on two more discs. It also contains six hours of visuals over its three DVDs, including the Zimny doc, a video of a complete show from Houston in ’78, live and studio footage, and a 2009 performance of Darkness… from Asbury Park.

While completists will find the boxset endlessly fascinating, the 21 unearthed songs, also available separately as a 2CD set, The Promise, are the motherlode. They comprise what is unequivocally the great lost Springsteen album, containing just under 90 minutes of music. Though recorded during the same extended sessions, this archival LP is the polar opposite of its fraternal twin: big, bold, vibrantly coloured and laced with sweeping chorus hooks and towering middle eights. In a word, spectacular.

If The Boss’ visceral guitar work provided Darkness… with its instrumental focal point, the tracks of The Promise, newly mixed by Bob Clearmountain, ring with echo, pumping up Max Weinberg’s pummelling snare and kick, and Roy Bittan’s shimmering piano runs. The set opens with a discarded version of “Racing In The Street” on which the band explodes to life following a harmonica-driven, scene-setting intro, a far cry from the bleached-out take that appears on Darkness. The record then powers into “Gotta Get That Feeling”, a kitchen-sink opus that seems to contain the entire contents of a mid-’60s jukebox, from Ben E King to Jay & The Americans, in its 3:20 duration. The track has everything: hyperactive drum rolls, gleaming Latin horns, sax solo, call-and-response backing vocals, all topped off by a breathtaking modulation into a final chorus.

That’s the first of a parade of architecturally constructed, masterfully executed tracks – “Outside Looking In”, with its racing “Peggy Sue” beat; the finger-snapping “Wrong Side Of The Street”; big ballads like “Someday (We’ll Be Together)”, with a choir further ramping up the grandeur of Bruce’s chest-pumping, Orbisonian lead vocal; and, of course, the original “Because The Night”. You get a feeling he could knock off these paeans to the golden age of AM radio ad infinitum. Listening to them one after another, you realise why they didn’t fit on Darkness…. They belong to another album altogether. This one.

The second disc begins as thrillingly as the first, with “Save My Love”, which, like “Gotta Get That Feeling”, “Because The Night” and “Fire”, is a killer woulda-been/shoulda-been Top 40 smash. A few songs later, we get the first hint of the direction Springsteen would focus in on for Darkness…, in the dirge-like form of “Come On (Let’s Go Tonight)”, with its weeping country fiddle and lyrical reference to Elvis’ death. After the Spector-scaled set- piece “The Little Things (My Baby Does)”, darkness does indeed begin closing in, but not before we experience a spectacular sunset with the Technicolor ballad “Breakaway”, set off by summery, sha-la-la backing, leading into the orchestrated, bittersweet “The Promise”, the album’s true climax, followed by the atmospheric coda, “City Of The Night”.

As Springsteen points out in the archival materials here, The Promise would have fitted perfectly between Born To Run and Darkness. Seeing the light of day at long last, 32 years hence, this music seems to have arrived from some parallel universe, enriching the history of a supreme artist at his very peak, during a vital era in rock history. What might have been, in all its overarching splendour, now is.
Bud Scoppa