The E Street Band saddle up after five year absence 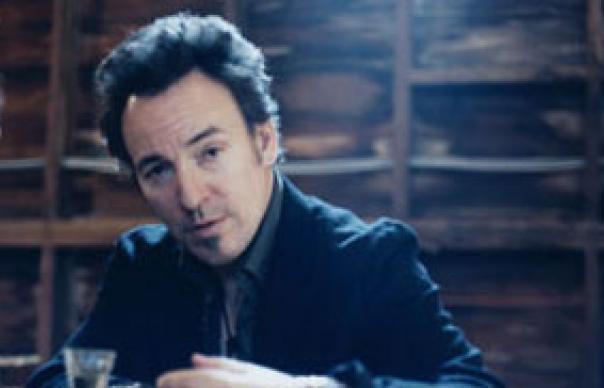 Probably as early as his fifth album, 1980’s “The River”, Springsteen reached that sparsely populated stratosphere of artists recognised by surname alone, with a personal mythology so well entrenched that his newest records were best described in terms of their predecessors. “Magic”, then, Springsteen‘s 15th studio album, is “Born To Run” crossed with “Tunnel Of Love”, an attempt to recover the indomitable youthful fury of the former, astutely tempered by the older, wiser, sadder resignation of the latter.

The album’s more exuberant intentions are telegraphed by opening track “Radio Nowhere”, a glorious signature E Street Band tear-up in the manner of “No Surrender”, clearly written in anticipation of shaking the seats at the back of the hangars they’ll be touring in. The succeeding cuts possess similar swagger – “You’ll Be Comin’ Down” a withering evocation of fading beauty set to a pulsing “Glory Days” strum, “Livin’ In The Future” anchored by a Clarence Clemons sax riff cheerfully recycled from “310th Avenue Freeze-Out”.

It’s on this latter tune that a thematic undertow begins to pull. There’s a lot of decay and corruption freighted in the busy lyrics, and when Springsteen sings “My faith’s been torn asunder, tell me is that rollin’ thunder/Or just the sinking sound of something righteous going under?”, he’s well aware that Rolling Thunder was both a riotously bohemian and optimistic Bob Dylan revue, and a monstrous American military rampage. Springsteen‘s uneasy – but increasingly assertive – self-appointed role as America’s conscience is given further rein on “Last To Die”, the chorus paraphrasing the question put by a young John Kerry in 1971: “Who’ll be the last to die for a mistake?”

For all that, the album’s best moment is its most restrained and contemplative. “Girls In Their Summer Clothes” is a gorgeous, heartbreaking lament, the simple man-in-love content of, say, “All That Heaven Will Allow” now soured by the cruel inevitabilities: it sounds, as it was, written by a man pushing 60, watching balefully as those girls “pass me by”. The references to breezes crossing porches, and seeking solace in a place on “the edge of town” affectingly personalise the best mid-life crisis anthem since Don Henley‘s “Boys Of Summer”.

As such, the song perfectly encapsulates “Magic”’s rather oddly mixed tone. It trades in giddying, irresistible, full-steam-ahead-and-damn-the-torpedoes rock’n’roll. But at its heart, it’s essentially a thoughtful wander in search of personal and national innocence.