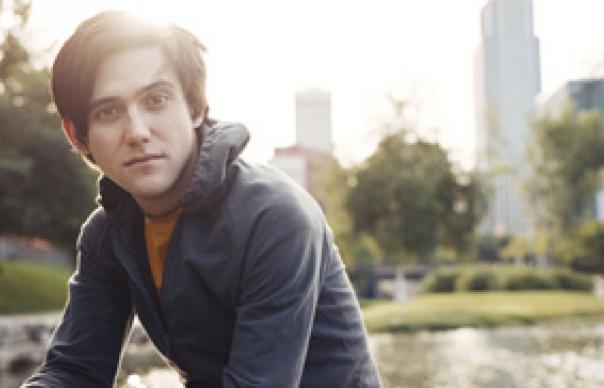 Conor Oberst’s latest Bright Eyes album, named for a spiritualist community in Florida, opens with field recordings of fortune-tellers urging him to move on, both geographically and emotionally, “getting rid of the old ways of feeling and thinking.” The songs that follow see him, largely, taking that advice. Recorded in five cities, with contributions from a host of musicians including M Ward and Sleater-Kinney alumna Janet Weiss, “Cassadega” is suffused with a sense of buoyancy and motion, as if Oberst were on a quest to find his future self.

In “If the Brakeman Turns My Way,” he’s on the run from burn-out (“I’m headed for New England, or the Paris of the south/ Gonna find myself some way to level out”). “Four Winds”—which blows in on a gust of honky-tonk pedal steel and effusive guitars—takes him to “old Dakota where a genocide sleeps/ In the Black Hills, the Badlands, the calloused East”. On penultimate track “I Must Belong Somewhere,” he appears to have found a fleeting peace: “Leave the sad guitar in its hard-shelled case/ Leave the worried look on your lover’s face…Cuz everything must belong somewhere/ I know that now, that’s why I’m staying here.”

Instrumentally, “Cassadega” is fulsome, epic, and swirling, by far Oberst’s most sophisticated, seamless effort. On “Make a Plan to Love Me,” he even has a Bacharach moment, complete with a wide-screen orchestra and soulful backing vocals courtesy of Rachel Yamagata and Maria Taylor. And while some may miss that familiar Bright Eyes fidget and fumble, the warmth and assurance in its place is just as resonant.
As the lyrics in gauzy closer “Lime Tree” (“I took off my shoes and walked into the woods/ I felt lost and found with every step I took”) indicate, this may well prove to be a transition album, a significant juncture on the road that Oberst is traveling. Behind him lies the young man so often heralded as a boy genius—”Cassadega” is a signpost to the man he will become.