The first eight albums, in one channel and one box. You know the songs, of course. But hear him in mono and hear him anew... 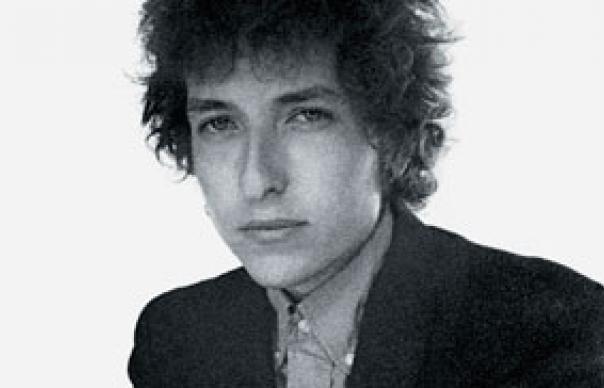 Back in the ’60s, as he hurtled from Greenwich Village to Newport to Highway 61, it’s unlikely that Bob Dylan gave much thought to whether future generations would enjoy his music coming out of one audio channel or two. But the wild mercury obsessives of 2010 are confronted with that very issue. If we want to hear rock’s landmark recordings the way they were meant to be heard, shouldn’t we listen in mono? Certainly, the results can be incredible. Memories are still fresh of last year’s boxset The Beatles In Mono, so acclaimed that it overshadowed its stereo counterpart.

With mono, the vocals and instruments are locked together. The words and music make up a whole. You can see how mono might significantly affect a Bob Dylan album. There are, frankly, plenty of shortcomings with his ’60s catalogue in stereo. The current Sony CD of The Freewheelin’ Bob Dylan (1963) places his voice in the centre, his acoustic guitar on the far right and his harmonica on the far left, so that he seems to be three different people. Blonde On Blonde suffers, too, with the bass, drums, guitars and organ assembled in awkward positions like puzzled footballers across an endless midfield. Does stereo ruin Blonde On Blonde? Of course not. But perhaps it blunts its edge?

The Original Mono Recordings is a CD boxset (and from December, a vinyl one) comprising remastered mono mixes of Dylan’s first eight studio albums, from 1962–67. It makes for very exciting listening. Just like The Beatles In Mono, there are hundreds of opportunities to spot subtle differences in the detail and DNA of extremely familiar songs. If I look at my notes, I can see underlined phrases such as “Everything connects, intimate & aggressive, no longer scattered components”, “Mystery of JWH much enhanced” and “Side two, BIABH – now we’re in the ballpark.” Dylan in mono is not, as you can appreciate, an exact science.

His first four albums were acoustic, and the experience of hearing them in mono varies considerably. Bob Dylan, the 1962 debut, was remastered for CD in so-called ‘narrow stereo’ in 2005 after years of sounding ridiculous with Dylan’s voice in one speaker and his guitar in the other. In mono, it sounds different again – both naïve and ancient – as befits some of the 1920s and ’30s songs that Dylan sings. The compilers’ aim on The Original Mono Recordings, it appears, was to replicate the sound of the first-pressing vinyl LPs. Taking the debut album as an example, we hear ‘age’ at every turn: the age of the folk, blues and trad arr. songbook; the age of the recording; the age of the 20-year-old Dylan; the age of America. Dylan’s albums are historical documents, so it makes sense that they should sound like them.

The Times They Are A-Changin’ and Another Side Of Bob Dylan don’t particularly alter in mono. The former is still a grim, unrelenting sermon from the protest singer’s pulpit, with a frighteningly high body count and little hope of justice. The latter is still a brave move into new forms of writing. The differences are a cleaner sound in mono (noticeable on “Ballad Of Hollis Brown” and “North Country Blues”) as well as, obviously, the relocation of Dylan’s guitar and harmonica (and on “Black Crow Blues”, his piano) into the centre of the picture. On Freewheelin’, however, major experiential changes are apparent. In mono it’s beautiful, haunting. You can half-imagine yourself in the shoes of an anxious young person in 1963, shivering in a chilly room as Dylan strums an unassuming couple of chords (“Masters Of War”, “A Hard Rain’s A-Gonna Fall”) and builds them, stanza by giddy stanza, into a towering poem. He sounds very, very close on these recordings: a bright, funny, outraged, decent guy. You might on this basis elect him as your spokesman.

Dylan’s move to electric rock’n’roll (Bringing It All Back Home, Highway 61 Revisited) introduced new instruments – guitars, bass, keyboards – and created an abrasive, driving sound that stereo separation can easily undermine. As we now hear, “Maggie’s Farm” isn’t supposed to swing playfully (stereo); it’s meant to flail and collide, with pounding tom-toms bursting through the din (mono). The piano and organ on “Queen Jane Approximately” aren’t supposed to be stationed at opposite ends of the spectrum (stereo); they’re meant to meet in the middle, where the combination of sounds is wondrous (mono). All the same, on balance, the stereo version of Highway 61… remains my favourite, and it’s undeniable that some songs from that era (“Like A Rolling Stone”, “On The Road Again”, “Ballad Of A Thin Man”) are just as powerful in stereo as mono.

Blonde On Blonde, on the other hand, is such a revelation in mono that I feel I should offload my stereo edition on the nearest charity shop, returning to wash my hands Pontius Pilate-style. It’s such a thrill to hear this album precisely as it once faced the world. The difference is dramatic. The epic ballads (“Visions Of Johanna”, “Sad Eyed Lady Of The Lowlands”) no longer come at us from illogical angles, but nominate one narrator to relate their tales while his players sit around him, watching warily, hanging on his every word. When the pace quickens (“Absolutely Sweet Marie”, “Stuck Inside Of Mobile With The Memphis Blues Again”), Dylan and the musicians are a united front, a more relaxed outfit and – incidentally – a great little band. No doubt about it, mono is the way to go with Blonde On Blonde.

The same claim could be made for John Wesley Harding, though it’s a harder judgment to call. For one thing, many are fond of its ‘wide open prairie’ effect in stereo. I just find that mono gives it an older quality – it’s that ancient thing again – which seems to suit Dylan’s outlaw characters and biblical allusions. You decide. And finally, for those wanting a mono version of “Positively 4th Street”, it appears on a single-CD sampler, The Best Of The Original Mono Recordings, which is sold separately.
David Cavanagh
(Photo by Jerry Schatzberg)