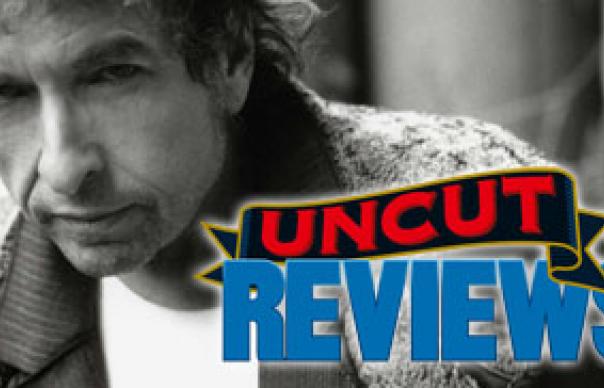 May, 2008. The door of the hotel room opens and I’m introduced to someone who looks not unlike Billy Bob Thornton: tall, elegant, sharply turned out in a black suit. This is Bob Dylan‘s manager, Jeff Rosen, here to play SonyBMG’s London chiefs tracks from the latest in the Bootleg Series he initiated in 1991.

Rosen first of all plays me a revelatory early version of “Most Of The Time”, stripped of the swampy atmospherics producer Daniel Lanois surrounded it with on Oh Mercy, and performed as it might have been for Blood On The Tracks, just Bob on guitar and harmonica. I’m flabbergasted, listen to about nine more tracks in wonder, and can’t wait for the thing to be released.

Six months later, here, finally, it is: Tell Tale Signs: The Bootleg Series Volume 8 – 39 rare and previously unreleased Dylan tracks, available as a 27-track double CD with a 60-page booklet, and a Limited Edition Deluxe Collectors’ Edition, with the content from the 2CD set complemented by a further 12 tracks, a 150-page hardcover book of vintage single sleeves and a seven-inch single. There’s also a four-LP vinyl set.

The material in all formats is drawn from the past 20 years of Dylan’s career, the bulk of it from the sessions that produced Oh Mercy and Time Out Of Mind, with outtakes elsewhere from World Gone Wrong, and two startling alternative versions of two key tracks from Modern Times. Additionally, there are eight live tracks, including a thunderously exciting “Cold Irons Bound”, first hearings for two tracks from the unreleased 1992 sessions with guitarist David Bromberg (covers of Jimmie Rodgers’ “Miss The Mississippi” and the traditional “Duncan And Brady”, a former concert opener), as well as a smattering of songs written for movie soundtracks, including the hitherto unreleased “Can’t Escape From You” and the great Civil War epic, “‘Cross The Green Mountain”. Finally, there’s “The Lonesome Mountain”, a duet with bluegrass icon Ralph Stanley, from the latter’s Clinch Mountain Country album.

There have already been rumblings about the apparent eking out of what is clearly an abundance of previously unavailable material and the consequent duplication of songs – there are three versions, for instance, of “Love And Theft'”s “Mississippi”, the earliest dating from the Time Out Of Mind sessions, and there are two versions each of seven other tracks. Where, the plea goes up, are the rest of the Bromberg tracks? And why hasn’t there been a live album, culled from the shows Dylan played at New York’s Supper Club in 1993, which on the evidence here of “Ring Them Bells” would be mindblowing?

These may be legitimate quibbles, but you’d have to say in reply that whatever way you look at it, there are treasures here galore for the avid Bobcat and an opportunity to consider the many ways Dylan sees a song –an opportunity, that is, to appreciate his relentlessly myriadic vision. And who would put a price on that?

There are alternative takes here of familiar songs that differ not just in mood and tempo from the versions we know, but boast partially or completely different lyrics – as with the solo piano demo of “Dignity” and the jaunty rockabilly incarnation of “Everything Is Broken”. The two songs from Modern Times, meanwhile, are a radically altered “Someday Baby”, set to a slow martial beat, and a mesmerising early go at “Ain’t Talkin'”, with a swathe of new words.

I remember after seeing Dylan’s Temples In Flames tour in 1987 trying to explain to sceptical colleagues how astonishing it had been to hear Dylan tearing up classics from his vast repertoire, in some instances reinventing them brutally. Their reaction was much the same as many of the people who’d been sitting around me at the gig: why didn’t Bob just play the songs like he recorded them?

For these people, Dylan’s evisceration of his back catalogue was typically capricious, perverse, wilful vandalism, nothing less, and ruined their evening. The hits were played, perhaps, but you sometimes had to sit through half a song before you realised what it was. Clearly, for Dylan there was nothing to be gained by the faithful reading, replicated nightly with numbing repetition. For him to continue to make sense of his songs, they would have to be approached anew whenever they were played, as his moods dictated, and everybody would have to get used to that.
It’s become such an embedded part of the Dylan myth that he never repeats himself that we perhaps take it for granted. On the following pages, however, as our Tell Tale Signs special continues, there’s ample testimony from some of the people who have worked with Dylan over the past two decades about his quixotic urgency, the impatient imperatives that drive him, his almost phobic insistence on not doing something twice the same way.

In these days of boxset anthologies with innumerable extras, we’re used to hearing how songs develop from rough-sketch demos to the finished thing, which then becomes the unalterable text, omnipotent and inviolate, embellished occasionally in concert but usually recognisably the song you know from the record. With Dylan it’s different, as it usually is.

Tell Tale Signs is awash with evidence of his staggering mercuriality, his evident determination even in the studio to repeat himself as little as possible, re-takes not merely the occasion for refinement, the honing of a song into static finality, but serial re-imaginings. Witness the three versions of “Mississippi” – all of them as different from each other as they are from the one on “Love And Theft”. You can hear on them the working of nuance, a successive revealing of things. Similarly fascinating are the two versions of “Can’t Wait”, both more desperately intimate than the Time Out Of Mind recording. The first, piano-led, is fleetingly reminiscent of Planet Waves’ “Dirge”, dark and unsettling. The second, with glowering organ and a vocal drenched in reverb, is a doom-laden trip, eerily reminiscent of “Under Your Spell”, an unlikely collaboration with Carole Bayer Sager from Knocked Out Loaded, with a lyric that went on to become part of “Love And Theft'”s “Sugar Baby”.

Previously, the Bootleg Series has given us unreleased gems like 1965’s pivotal “Farewell Angelina”, “Up To Me”, dropped from the final version of Blood On The Tracks, which itself exists in two different forms, and “Blind Willie McTell”, unfathomably not included on Infidels.
Their equivalents here would be a majestic “Born In Time” on Disc One that’s in every way superior to its Under The Red Sky incarnation, and three tracks from the Time Out Of Mind sessions that didn’t make the album. This is extraordinary in the case of the eight-minute cantina reverie of “Red River Shore”, which is high-tier late Dylan, fatalistic and windswept. And only slightly less so in the cases of the gospel-based “Marchin’ To the City” – which turned later into “Till I Fell In Love With You” – and “Dreamin’ Of You”, Dylan wounded and haunted, much as he haunts us all.