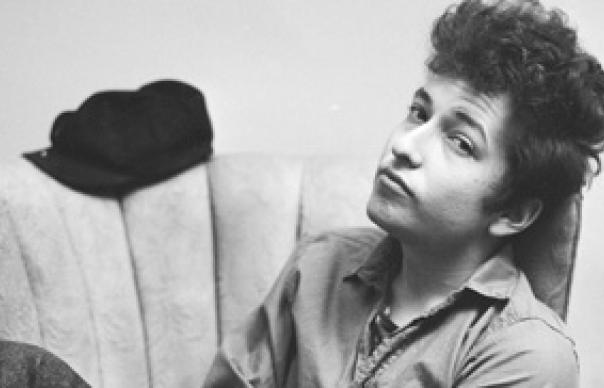 The planet that Bob Dylan has chronicled in 46 years’ worth of music has dissected him like no other poet/writer. It has lionised and scorned him; attempted to second-guess and third-degree him; argued about where he ‘lost it’ (1967? 1979? 1985?) and where it was regained. His career has survived the nadirs of Self Portrait, Live Aid and “Wiggle Wiggle”, recovering with a Lazarene miracle every time. His current status – irreproachable, near-godlike – has seen him release his most acclaimed three-album sequence since 1965–6. His name is Bob, and he is funky.

And I’m a Dutchman. The Modern Times that was voted Uncut’s Album of 2006 is obviously a different Modern Times to the one I heard, which was full of antediluvian cocktail ditties that all went on forever. Love And Theft (2001) was patchy, but better, mainly because it couldn’t be worse. Time Out Of Mind (1997), a sedulous, clock-stopping masterpiece, is the one Dylan album of the past 15 years that really justifies the praise – but, like crying at the Johnny Cash video, unconditional Bob-worship has become the de rigueur critical opinion of the 21st century.

Dylan, a 3-CD anthology the exact point of which is not easy to establish, will doubtless be a massive seller in the present climate, but it’s a lazy and unimaginative retrospective, unlikely to excite anyone who owns, cherishes, empathises with and/or has strong emotions about Dylan’s songcraft and studio work since 1962. In the end, the three discs take a predictable route – Classics Of The ’60s, Best-Known Tracks From The ’70s, and Let’s Make A Silk Purse Out Of The ’80s & Beyond.

The first disc (1962–7) is the songbook that made Dylan the foremost folk/protest voice of the Kennedy–Johnson era and, from “Subterranean Homesick Blues” and “Maggie’s Farm” onwards, rock’s supreme Impressionist-Surrealist. There are 19 classics to enjoy, but, to borrow a phrase, no alarms and no surprises. Howmanyroadsmyblueeyedsondon’tcriticise
whatyoudon’tbeatorcheatormistreatyoumixingupthemedicinejinglejanglenodirectionhomeyougottalottanervelikeawoman. Many of these standards are so historically over-exposed that they nowadays seem prosaic formalities, like tourist attractions to be ticked off on an itinerary. I think I’d rather visit the original albums, wouldn’t you? For another thing, a more adventurous selection procedure – “Gates Of Eden”, perhaps, or “Ballad In Plain D” – might have obscured some jarring aberrations in the sequencing. You don’t follow “Like A Rolling Stone” with “It’s All Over Now, Baby Blue”, my sonically clueless friend.

The contents of Dylan were, according to advance Columbia publicity, “greatly influenced by impassioned fan input on the website dylan07.com”. The second disc (1969–85), covering the journey from Nashville Skyline to Empire Burlesque, would undoubtedly have been more interesting if some of these impassioned fans had lobbied for the likes of “I Threw It All Away”, “Wedding Song”, “Idiot Wind”, “Lily, Rosemary And The Jack Of Hearts”, “Isis”, “Senor (Tales Of Yankee Power)”, “Lenny Bruce” or “Every Grain Of Sand”. As it is, their impassioned input has merely guaranteed the presence of 16 songs that would all have been chosen anyway. Ooeeridemehighfromthewestdowntotheeastmayyoustayforeveryoung soontobedivorcedbutitwon’tbeovertilltheyclearhisnamegottaservesomebody. You feel like putting your hand up halfway through “Knockin’ On Heaven’s Door” and saying, “Excuse me, didn’t we do all this?”

An arch-conservative overview of Dylan inevitably negates any attempt to anthologise his sprawling, five-decade oeuvre in three CDs. Listening to disc two is tantamount to juggling with quicksilver while photographing poltergeists: you sort of don’t get much definition. However, you’ll certainly be sent scuttling back to Planet Waves, Blood On The Tracks, Desire and Street-Legal to hear that exotic, humid, passionate, mid-30s Dylan that this disc sporadically hints at.

Because it contains some lesser-known material and spans a Dylan timeframe unfamiliar to compilations, disc three (1983–2006) is the one I play the most. The opening twosome, “Blind Willie McTell” and “Brownsville Girl”, is indeed courageous, taking up 17 minutes of laser-time and transporting the listener to two exceptionally evocative worlds. He really was writing good stuff in ’83–4, wasn’t he? It would be churlish to point out that the two songs don’t actually go together (their productions clash in horrible fashion); quite simply, they get the disc off to a flyer.

The remaining 14 selections dip into Dylan albums both unpopular (Down In The Groove, Under The Red Sky) and lauded (Oh Mercy, the latter-day ‘trilogy’), as well as the curate’s eggs that were Good As I Been To You and World Gone Wrong. In fact, one of the most blissfully pleasurable sections on the entire anthology begins with choices from the latter two albums (“You’re Gonna Quit Me” and “Blood In My Eyes”), followed by “Not Dark Yet” (those gorgeously reverberating Daniel Lanois backdrops!), “Things Have Changed” (a belting single from 2000) and “Make You Feel My Love”.

If Modern Times is to be Dylan’s final studio album, as the 2006 Rolling Stone interview seemed to suggest, then he ended his recording career with the same imagery he began it: the preoccupied artist trudging down a “long and lonesome road” (“Ain’t Talkin’”), fearing for the human race’s future, disgusted by our masters who “crush you with wealth and power”. One last diagnosis for the world he’d described to Woody Guthrie back in 1962 (“It looks like it’s dying and it’s hardly been born”)? Or just a sentimental reiteration of well-worn themes? Either way, as Dylan’s recent work has a habit of stressing, it’s gotten very, very late in the day.