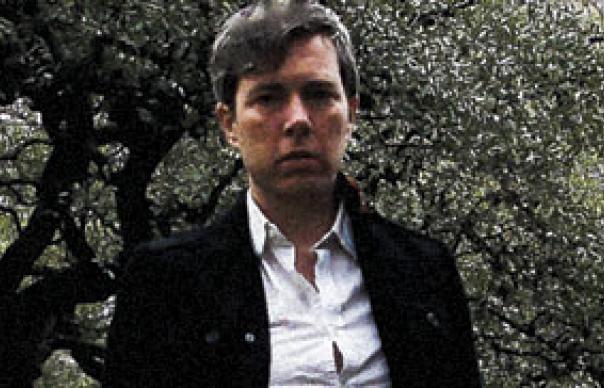 Last year Bill Callahan described his two most recent albums to Uncut as “sturdy” and “direct”. After almost two decades working as Smog, moving from scratchy lo-fi to Will Oldham-style country gothic, the first records released under his own name, Woke On A Whaleheart (2007) and Sometimes I Wish We Were An Eagle (2009) seemed to ascend into the light. The arrangements on …Eagle in particular were graceful things, underpinned with strings and horns, while the songs were focused and structured.

Apocalypse, Callahan’s 14th studio album, is an altogether looser proposition on which the conventional dynamics of …Eagle highlights like “Too Many Birds” are mostly absent. The beauty here is rougher, meaner, darker. At times it’s as emotionally intense as anything he has done. At others it’s almost throwaway.

Callahan describes Apocalypse as an Expressionist record. Several songs are defined by tangents and sidesteps; almost nothing happens twice. Callahan has always possessed a gift for sounding as though the thought he is singing has only just entered his head. Listening to parts of Apocalypse, you occasionally find yourself holding your breath lest the whole thing falls apart. This is a seven track quasi-concept album. The cattle-driver of the opening “Drover” returns in the epic closing track, “One Fine Morning”, having been through “my apocalypse”. What exactly this entails isn’t clear, but “Drover”’s chorus line – “One thing about this wild, wild country, it breaks a strong, strong mind” – introduces a theme of sorts: a man alone among the elements, casting his mind back to moments of personal epiphany.

“Drover” fizzes with portent, the drums like whip cracks. Its lowering acoustic minor chords recall REM’s “Drive” and Stan Jones’ 1948 country classic “(Ghost) Riders In The Sky”, feedback and distortion lurking in its shadows. While its chorus is lifted by Gordon Butler’s sublime fiddle, “Baby’s Breath” offers no such levity. Employed in the unlikely task of gardening, Callahan discovers a world of darkness amid the weeds and flowers. As he sings of sacrifices “atop the altar” and “reaping what you sow”, his voice maps the hypnotic guitar line in a manner that recalls John Lee Hooker.

That blank baritone remains the anchor point for his drifting vision, at times echoing the eccentric, half-spoken intonation of Willie Nelson, at others falling into rapturous repetition like an old bluesman. On “America!” he channels Gil Scott-Heron. A funky stomp which takes the meaty pulse of Whaleheart’s “Diamond Dancer” and adds nitro-glycerine, “America!” is the one song on Apocalypse where Callahan’s trademark mordant humour spills out. It begins with the singer in Australia pining for home, before he enlists a battalion of country singers: “Captain Kristofferson Buck Sergeant Newbury, Leatherneck Jones… Sergeant Cash”. Later, over strafing fuzz-guitar lines, the mood darkens as Afghanistan, Vietnam and Iran hove into view. It’s a cartoon nightmare; a song in high fever.

Scott-Heron’s influence is also evident on “Free’s”, a gorgeous, jazzy declaration of independence with fluttering flute and perky whistling. “Universal Applicant”, similarly in thrall to early ’70s jazz-fusion, is a less successful high-wire act, stranded as it is on the very thinnest of melody lines. The gentlest, most beautiful song on Apocalypse is “Riding For The Feeling”. Riddled with loss, it offers as recompense a stately descending melody and aching guitars. “One Fine Morning” runs it a close second, a two chord meditation graced by Jonathan Melburg’s crystalline piano fills. The drover returns here, without his cattle and facing his own Armageddon, a “ballet of the heart”. Both songs recall Van Morrison at his most enraptured.

The last words sung on this record are “apocalypse DC450”. It sounds like some mysterious metaphysical code until you realise it’s simply the album’s title and catalogue number. In Callahan’s work things aren’t always what they seem, and the line between brilliant and bizarre can be a thin one. Apocalypse is a wild thing which dances from one side of that line to the other with never-less-than compelling abandon.
Graeme Thomson

Q+A Bill Callahan
Apocalypse is a loaded title…
I wanted a short title. With the last four album titles you practically had to say, “Um, can we talk?” when someone asked the title. You had to make a date. The overarching idea is based on the scientific concept that we perceive reality in photographic stills with nothing in-between. Our mind connects them to appear like a movie. The apocalypse I speak of is, in part, the dark nothingness we experience a million times per day between each photo.

It sounds very different from …Eagle.
All my records are basically recorded live in studio, but the ensembles used between the two records are dynamically radical. The idea for Apocalypse was to have everyone fitting in their own space, not stepping on anyone’s toes. Eagle… is an Impressionist or Pointillist record. Little dots of sound repeated. Apocalypse is an Expressionist record. The brushstrokes are bloodier and the baby is green.

Is it a concept album?
The first and last songs are thematic book-ends, with a central character moving through the countryside. Only, at the end the man has no cattle. He has become the road the cattle are driven on as the Old World collapses around him. Between the book-ends are songs about observation that lead to the ending apocalyptic revelation.
INTERVIEW: GRAEME THOMSON