The Wes Anderson of indie-folk expands his European horizons 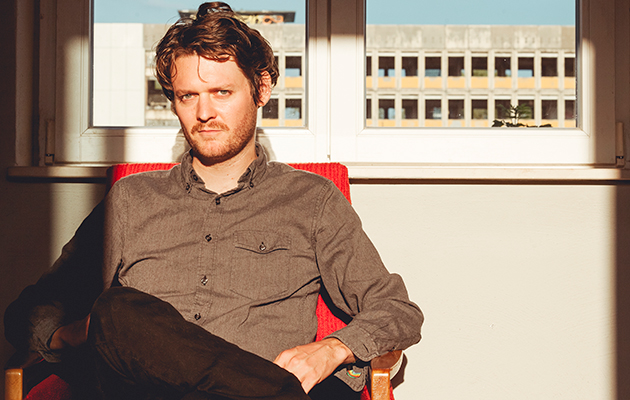 At the start of this decade, Zach Condon declared his escapist wanderlust days were over. He was married, rooted, with a house and a dog, firmly settled back in his native America. His music began to shed its former cheeky forays into ersatz Balkan folk, faux Francophone chansons, mock mariachi exotica and sepia-tinted Proustian nostalgia. His albums became more serious and, frankly, less interesting.

But life has a way of disrupting such neat narratives, of course. Fast forward to 2019 and the 32-year-old Condon is now divorced, living in Berlin, and fully recommitted to his magpie musical travelogue methods. Perhaps not coincidentally, he has also made his best album in years, arguably his best yet. Like filmmaker Wes Anderson, Condon can sometimes feels like a cultural tourist, the archetypal American artistic exile, painting whimsical fantasy snapshots of faraway destinations. But if the Anderson parallel holds true, Gallipoli is his Grand Budapest Hotel: sumptuously romantic, restlessly inventive, emotionally generous and stylistically bold.

The last Beirut album, No No No, was a scrappy affair made in the shadow of Condon’s marriage breakdown, bouts of depression and hospitalisation for exhaustion. Released in 2015, it was palatable enough but hardly a career peak. Gallipoli is a much more confident and expansive collection. It was largely recorded in southern Italy and in Condon’s newly adopted Berlin home, which helps explain the handful of Italian and German track titles. It may be simplistic to pinpoint direct correlation between the sound of Gallipoli and Berlin’s experimental, heavily electronic music scene. But Condon’s interaction with some of the city’s key players undoubtedly left a mark, especially collaborations with Mouse On Mars on their 2018 LP, Dimensional People. Condon credits the electro duo for helping to expand the sonic envelope of these loopy, burbling, shape-shifting tracks.

Gallipoli is the most acoustically rich Beirut album to date, with studio buzz and random dissonance deployed as musical texture more than ever before. Generous helpings of crackle and hiss are retained in the mix, creating an almost musique concrète effect in places. Amid the usual parping trumpets and ukulele twangs are modular synths, tape loops, echo-drenched vintage organs, avant-jazz audioscapes and ambient sound paintings. Condon has not attempted a full Bon Iver electronic makeover, but this expanded sonic palette complements his old-school songcraft well.

“Gallipoli” itself is a beauteous confection, its spare lyric swept up in a cascade of lustrous brass motifs, sunshine and sadness distilled into a few poetic lines: “We tell tales to belong/Or be spared the sorrow/You’re so fair to behold/What will be left when you’re gone?” Condon wrote the song just hours after stumbling across a rowdy religious street parade winding through the eponymous southern Italian fortress town, and it captures some of the same whirling carnivalesque energy. Condon’s agnostic attitude to lyrics and vocals has sometimes dampened his fire on previous releases, but here he works around this self-imposed limitation with a wide array of pure instrumentals, vocals half-submerged in lush arrangements, and tracks which use voice for pure adornment. The surging jug-band brasstronica of “When I Die” and the lilting tropicalia “Varieties of Exile” are both carried along on lusciously intertwined harmonies of pure vocalese abstraction. And the voluptuous “Landslide”, with its warm choral layers, has an almost Afro-gospel feel.

Several strong tracks are wordless. “On Mainau Island” has an agreeably otherwordly aura of faded gentility, its tumbling ceremonial melody eroded at the edges by metallic scrapes and rusty squeals, like one of William Basinski’s disintegration loops wafting through a haunted fairground PA system. “Corfu”, meanwhile, is a perfumed avant-lounge shuffle with faint Stereolab overtones, tropical and breezy on the surface, discordant and glitchy below.

That said, Condon also underestimates the emotional force of his fragile, grainy vibrato. One of his standout vocal performances is “We Never Lived Here”, a rueful rumination over galloping brass arpeggios that sounds like some great lost collaboration between Rufus Wainwright and Michael Nyman.

Gallipoli is not entirely free from the blind spots that afflicted previous Beirut albums. A kind of middlebrow indie-rock restraint still flattens the mood in places, while the lack of instantly arresting anthems demands patience and repeat listens. But Condon is undoubtedly moving forward, loosening up and adding more colours to the mix. In his restless search for somewhere to call home, the Wes Anderson of avant-folk wanderlust is opening up some wondrous new horizons.