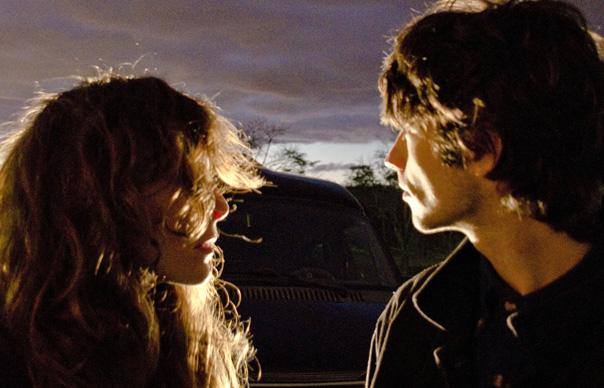 When Beach House released their self-titled debut album in 2006, it was readily embraced by the Pitchfork-reading indie crowd for the duo’s ability to make something otherworldly with the simplest of components. Recorded in a mere day and a half, the album contained nothing more than Alex Scally’s filigreed Stratocaster licks, Victoria Legrand’s evocative vocals and silky organ chordings and the most rudimentary of drum machine. Still, it came off as a provocative amalgam of Mazzy Star’s proto-dream pop and Portishead’s existential eeriness.

With 2008’s Devotion and their 2010 breakthrough Teen Dream, Scally and Legrand progressively enriched the recipe, growing more meticulous in crafting their aural sculptures, enlisting producer/engineer Chris Coady (Yeah Yeah Yeahs, Grizzly Bear, TV on the Radio) on the latter album to help them attain the opulence their earlier LPs had hinted at. Meanwhile, the duo’s songs became ever more hooky without distracting from their distinctive atmospherics, and Teen Dream was packed with them: “Norway”, “Zebra”, “Walk In The Park”, “10 Mile Stereo”. No doubt about it, they’d set the bar high for themselves going into album number four.

Interestingly, the musical partners (they’re not a couple) have chosen not to try to top what they achieved with Teen Dream on the new Bloom but rather to subsume their poppy tendencies beneath a unifying aural glaze. The duo’s stated intention was to make an album that flows seamlessly, and initial plays give the impression that Bloom is a unified symphonic work with each track forming a particular movement, ambient sounds connecting one movement to the next.

But repeated listening gradually reveals the distinct shapes of individual songs. And these are indeed proper songs, complete with crisply rendered verses, choruses and middle eights, delivered elegantly and emphatically by Legrand’s siren-like vocals amid the shimmering aural dreamscapes. Heard individually, tracks like “Myth”, “Wild”, “Troublemaker” and “New Year” resemble nothing less than modern variations on ’60s girl-group pop, specifically suggesting Phil Spector’s wall of sound in the newly emphasized drumming (courtesy of touring drummer Daniel Franz, who now appears to be a full-fledged member of the group) and the stacked, heavily echoed instrumentation, constructed in league with the returning Coady. But these walls feel liquid in their density, like tsunamis in slo-mo. And in due course, chorus hooks as undeniable as those on Teen Dream pop out of the lush sonic overlay like spires and minarets.

At this point, it’s clear that Legrand and Scally have created their own cosmology by way of an uncanny knack for transforming the abstract into what feels like flesh and blood. The succinct song titles – also including “Lazuli” (named after an intensely blue semi-precious stone), “The Hours” and “Wishes” – possess an open-ended resonance, suggesting mystery, danger and erotic pleasure, much like the songs themselves. Though she was born in France, Legrand grew up in the US with English as her first language, and while she speaks with no accent whatsoever, her vocals have become increasingly European-sounding, her beguiling, androgynous contralto containing distinct echoes of Nico. Although certain lines come across with a degree of clarity, she’s less interested in the precise enunciation of her lyrics than creating palpable moods with the sound of her voice, and in that respect she’s practically peerless.

Though Legrand has had little contact with her uncle, French film composer Michel Legrand, she appears to share a certain sensibility with him. With (i)Bloom(i), Legrand and Scally have played out this notion for all it’s worth, crafting an album that feels very much like the score for an imaginary film – an avant-garde French film, to be precise, an extended nocturne encompassing romance and its aftermath, the inexorable passage of time, and the preciousness of the fleeting moment.
Bud Scoppa

Q&A
Victoria Legrand
The artwork for Bloom is very stark…
We wanted something simple rather than anything lavish. It’s a photo that we took, something that gave us a feeling and which doesn’t get in the way of the album. It’s about as basic as it goes.

How do you and Alex see Bloom as being different from Teen Dream?
Something that’s always been very consistent with us is the way that we work together. And that’s has been extremely natural and has kept evolving as our sound becomes more distinct. And as we get older our music is not about the literal things sitting in front of you. It’s about the before, the after, the inside, the effect. Because as you get older there’s so much more complexity and depth, you can feel things more and taste things more. There’s a real beauty in that experience.

Over your four albums, you and Alex have developed a really idiosyncratic way with melody. Looking outside of Beach House, who for you are the greats of melody?
Oh, there are so many. Roy Orbison is one, and then obviously Elizabeth Fraser is somebody who could make a melody that’s like a crazy planet – it’s insanely visual without you necessarily understanding what the words are.
INTERVIEW: LAURA SNAPES