Love, war and betrayal in a McEwan-penned sensation 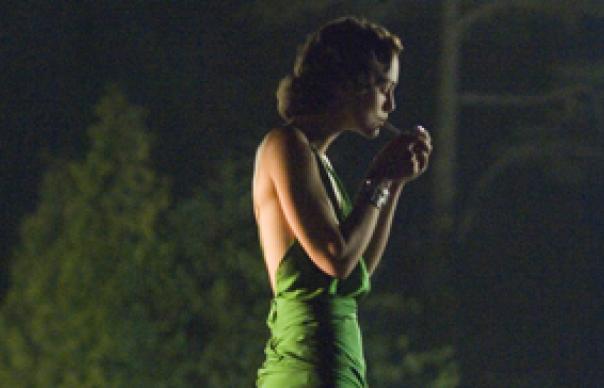 Ian McEwan’s time-shifting novel, mostly set in the 1930s and ’40s, was not an obvious contender for adaptation: with its self-deconstructing meta-fiction tendencies, its pitch-black heart and its analysis of the writer’s lot, it’s not the stuff of cosy heritage cinema. You can imagine the producers’ pitch: “It’s got an operatic romance between posh Brits and World War II. Fillet the subversion, and we’ll have The English Patient meets Brief Encounter. With a dash of Saving Private Ryan. Bingo!”

Fortunately, Christopher Hampton’s screenplay refuses to sell McEwan’s sinister predilections up the river, and Joe Wright (having previously re-booted Pride And Prejudice) is Britain’s most promising mainstream director. Atonement makes its leaps in time and milieux perfectly, and is nothing short of a triumph. It hits just the right blend of sentiment and severity, looks superb, and in one long, show-stopping steadicam shot of distraught troops on Dunkirk Beach (filmed in glamorous Redcar) takes your breath away. That a young upstart director, rather than a Kubrick or De Palma, has pulled off such a scene of Old Testament-level Hell is notice that he’s going all the way.

The story opens in 1935: in a Victorian Gothic mansion where the heated, kinky atmosphere echoes Andrew Birkin’s film of McEwan’s The Cement Garden. Upper-crust, cut-glass beauty Cecilia (Keira Knightley) and working-class Robbie (James McAvoy) fall in lust, observed by adolescent Briony (played at different ages by Saoirse Ronan, Romola Garai and Vanessa Redgrave). This being McEwan, startling use of “the c-word” influences events.

This first act may be drawing-room melodrama, but the tension is powerful. It’s great to see Knightley tackling an adult role, and McAvoy grows in stature as the plot thickens. Briony, jealous, tells a sick lie which decimates Robbie’s life. Then comes the shift. We move to the battlefields of France (“this shithole”), where Robbie fights to forget while others strive to atone. It’s unfair to betray the further twists, though even those who’ve read the book will admire the sheer class, and layers of grit, abundant here. Atonement is serious, sexy, profound, bitter and bold.