Trio drift back to the ’90s on contemplative 10th album 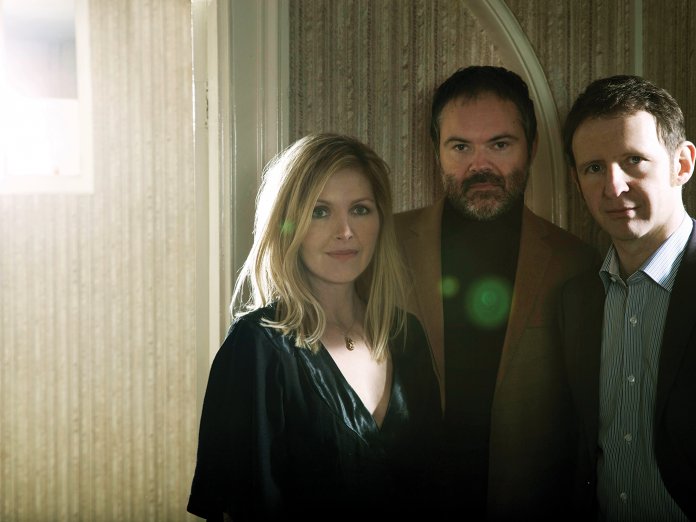 If, as LP Hartley’s novel The Go-Between has it, “the past is a foreign country”, then Saint Etienne have earned frequent flyer status. From their 1991 debut, Foxbase Alpha, which leaned on UK club culture, C86 and ’60s pop, through 2005’s Tales From Turnpike House, a David Essex-featuring, indie-disco set themed around a fictional high-rise, to their ninth album Home Counties, a titular paean to where all three grew up, the reimagining of places and times slightly removed has always been central. It’s defined them as very English stylists with a psychogeographic bent, whose name-checking of London’s Parkway, use of a voice clip from Countdown or train-station recordings has given their impressionistic songs the stamp of lived experience while transporting listeners Somewhere Else.

In that regard, for Sarah Cracknell, Bob Stanley and Pete Wiggs the past isn’t “foreign” at all, it’s a very familiar place and they speak its language fluently. But the landscape there is a mesh of memories and their duplicitous cousins, dreams, which means however melodious and seductive, there’s always been a feeling of distance in their music, which adds to its allure. Now comes I’ve Been Trying To Tell You, which has a stronger air of unsettlement, the emotions most frequently associated with nostalgia – wistfulness, longing and a sadness so inviting it’s easily confused with pleasure – replaced with a sense of dislocation that’s hard to articulate.

It’s a short record for Saint Etienne (eight tracks, 41 minutes) and was recorded remotely, in collaboration with film and TV composer Augustin Bousfield, who also plays bass, guitar and additional keyboards. Despite being pegged to the idea of the second half of the ’90s as the last surge of optimism in Britain and featuring samples of UK chart hits from that decade, the album isn’t nostalgic in the conventional sense. None of the samples – which include Natalie Imbruglia’s Beauty On The Fire, Lighthouse Family’s Raincloud and The Lightning Seeds’ Joy – exactly chime with the trio’s aesthetic and since they’ve been dismantled, rearranged and heavily augmented, they’re no more than wobbly stepping stones to a submerged collective memory. It’s a hypnagogic set in effect only, since it’s not reaching for something beyond its creators’ own experience. In fact, you could say I’ve Been Trying To Tell You is more intimately connected to them than any of their previous LPs, since it refers to an era that was Saint Etienne’s own golden age.

Bob Stanley describes the record as “a meditation on nostalgia” in the light of ’90s revivalism, which rightly distinguishes it from a nostalgic record, though it’s somewhat naive to imagine there’s no overlap. Head-nodding beat patterns, electronic bossa nova and evocations of comedown mixtapes all figure, which suggests the first half of the ’90s also plays its part (Joy was released in 1989) while underlining the fact that art doesn’t keep a calendar any more than memories do. Stanley told Uncut the aim was “to make a record that felt like the period, but distorted by unreliable memory” and that distortion is both literal and figurative: on Pond Hous”, the enigmatic, repetitious murmuring of “here it comes again” is the human anchor in a gently rolling sea of woozy keys; while on Blue Kite the warped keyboard melody sounds like it’s struggling to break free; and it would be a keen-eared listener who could identify Tasmin Archer’s power ballad Ripped Inside in the ebb and flow of Broad River. Field recordings – the squawk of gulls, a waterfall and indoor-market chatter included – are used sparingly but effectively. Opener Music Again, which features an electric harpsichord, a sample of R&B trio Honeyz’ Love Of A Lifetime and Cracknell’s looped, sweetly forlorn refrain, “never had a way to go”, is one of two set highlights; the other is Fonteyn, a soft sigh of a song that recalls Everything But The Girl and early Goldfrapp.

Saint Etienne have sometimes been accused of cleverness at the expense of emotion but I’ve Been Trying To Tell You (something words can’t express but this music can, perhaps) is immediate and soulful. It may be a record with a particular space-time marker, but it transcends that point and raises aeons-old existential questions that are widely understood. As Cracknell sang on London Belongs To Me, 30 years ago, “Do you ever wonder where we’ve been? Do you ever wonder where we’re going?” No answers here, but a lyrical soundtrack for subconscious wanderings.