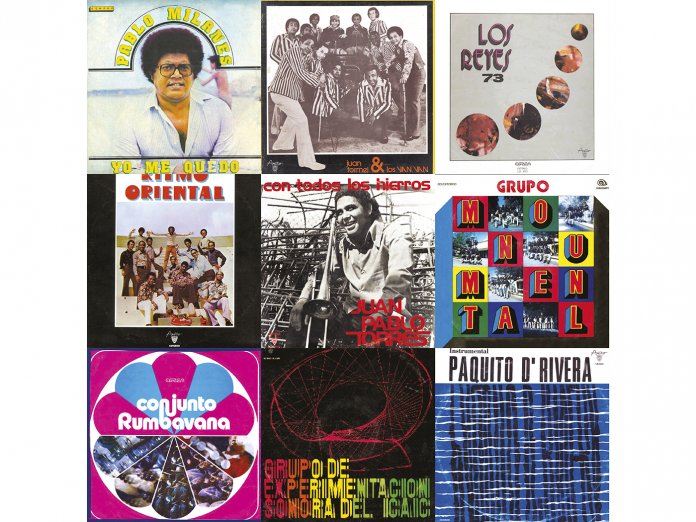 Cuba is the island that taught America how to dance. For much of the 20th century it provided the United States (and, by extension, the Western world) with every key dance craze: the mambo, the rumba, the cha-cha-cha, the charanga, the bugalu. When jazz moved into the concert halls it was the Afro-Cuban influence that kept bebop on the dancefloor. And, throughout the 1940s and ’50s Havana was where American hedonists went to party.

But then came Fidel, and Che, and the 1959 revolution, and the Bay Of Pigs invasion, and the Cuban Missile Crisis. And that cultural dialogue between Cuba and the US came to a halt. Cuba carried on in isolation, besieged by US sanctions, no longer visited by jazz royalty, no longer the playground of American playboys and gangsters. Its most famous musicians – singer Celia Cruz, bassist Cachao, percussionist Mongo Santamaria – defected to the States, never to return. Cuban music was rebadged as “salsa”, and its biggest stars were now in Miami and New York.

For many, 1959 is where Cuba’s music history ends, a narrative perpetuated by Ry Cooder’s celebration of pre-revolutionary music, Buena Vista Social Club. The real story is, of course, rather more complex, and explored by Cuba: Music And Revolution, compiled by DJ Gilles Peterson and Soul Jazz Records founder Stuart Baker (it accompanies a lavish hardback book of the same name).

It shows us how, from the 1960s onwards, Cuban music continued under the watchful eye of the Communist Party. The island’s formidable musical conservatoires specialised in Western classical music (something also encouraged by Cuba’s communist allies), creating thousands of highly trained Cuban musicians. But what could they play? Cuba’s nightclubs, tainted by association with the pre-revolutionary leader Batista, were closed; dance music was regarded as suspiciously decadent; rock’n’roll and US R&B were banned as cultural weapons of Yankee imperialism; and even the term “jazz” had to be renamed “música moderna”. “We wanted to play bebop,” said trumpeter Arturo Sandoval, from the legendary Cuban band Irakere, “but we were told that our drummer couldn’t even use cymbals, because they sounded too jazzy. We eventually used congas and cowbells instead. It helped us to come up with something new and creative.”

The two remarkable tracks from Irakere that bookend this compilation bear this out, placing fiery Afro-Cuban hand percussion under fearsome Brecker Brothers-style jazz-rock horn arrangements and distorted Fender Rhodes solos. Irakere’s rambunctious Latin jazz has been winning Grammys for 40 years and they’ve long been regulars at Ronnie Scott’s and on the European jazz festival circuit, but they’re one of only two bands on this compilation we might be familiar with. The other is Los Van Van, a funky charanga group founded in 1969, who mix descarga piano with percussive strings and florid horn solos – like a baroque version of a Philly disco band.

This compilation uncovers many other gems. Some are pre-revolutionary artists whose careers were given a funky reboot in the 1980s, like the sprightly son montuno band Conjunto Rumbavana, or the all-female vocal trio Las D’Aida (featuring Buena Vista Social Club star Omara Portuondo, here in a surprisingly proggy setting). There are three tracks from Grupo Monumental, all spiky horns, squeaky Farfisa organs and sly invocations of American funk. There is Los 5 U 4, a quartet featuring three blind members who are as close to an Anglo-American band as you’ll find here, performing a slow-burning Latin-rock ballad that climaxes in a heavily distorted guitar frenzy. There are two pieces of hypnotically funky prog from Los Reyes 73, featuring swirls of organ, wah-wah guitar and angular horn riffs.

Best of all are the tracks by Grupo de Experimentación Sonora del ICAIC, led by the cosmopolitan classical guitarist and composer Leo Brouwer. Commissioned by the fêted film director Alfredo Guevara to provide movie soundtracks, they had the cultural clout to be a bit more avant-garde than other Cuban acts.

You’ll hear unusual time signatures, heavy-duty psychedelic organ solos, FX-laden guitars and touches of atonalism: imagine an Afro-Cuban blaxploitation soundtrack played by an incarnation of Soft Machine who just happen to have sensational Latin-jazz chops. This adventurous spirit is shared by the band’s sidekicks who also feature on this compilation, like the bassist Eduardo Ramos or the remarkable pianist Emiliano Salvador.

One can only hope that this LP will be accompanied by other Soul Jazz releases delving deeper into these discoveries. It’d be great to hear more by the Grupo de Experimentación Sonora del ICAIC, and also more by the hippie-ish “nueva trova” singers who often recorded with them, like Pablo Milanes (also a gifted scat vocalist) and Silvio Rodriguez. They were effectively state-sanctioned protest singers who managed to smuggle slyly subversive messages onto records controlled by a brutal police state. It’s effectively what every track on this compilation does musically.