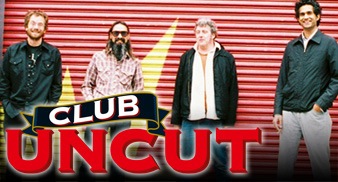 Wooden Shjips will headline Club Uncut tonight (August 19) before their performance at The Green Man Festival this weekend.

The San Francisco band are performing at London’s Borderline for Club Uncut, earlier this week we revealed that Deer Tick will take to the same stage in December.

The pysch rockers have announced that they will be signing records at the Rough Trade stall at The Green Man Festival on Saturday August 22, the same day they are set to play on the ‘Far Out Stage’.

The band are playing this week: