The Beach Boys legend is playing London soon – and we have tickets for you! 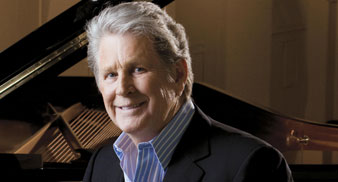 Brian Wilson is playing three dates at the Royal Festival Hall on London’s South Bank, on September 16, 17 and 18.

He will be performing his latest album, Brian Wilson Reimagines Gershwin, in full – as well as plenty of Beach Boys and solo hits.


We have a pair of tickets to give away to the show of your choice, as well as a signed vinyl copy of the …Gershwin album.

We also have 5 copies of the …Gershwin album on CD to give away as consolation prizes.

To be in with a chance of winning one of these great prizes, just answer the question below correctly:

Which Beach Boys album is soon to going to be released, 45 years after it was recorded?

Email your name, address, a daytime contact number and specify which show you’d like to attend to:

We’ll need your entries by noon, September 14. The editor’s decision is final. Neither Uncut nor the South Bank Centre will provide transport or accommodation.

You can find more information here about the Brian Wilson show plus other events on the South Bank at: