You may have seen in the current Uncut that The Hold Steady’s Craig Finn will shortly be releasing his first solo album, Clear Heart Full Eyes, recorded in Austin, Texas, with Spoon producer Mike McCarthy and a band including White Denim drummer Josh Block. 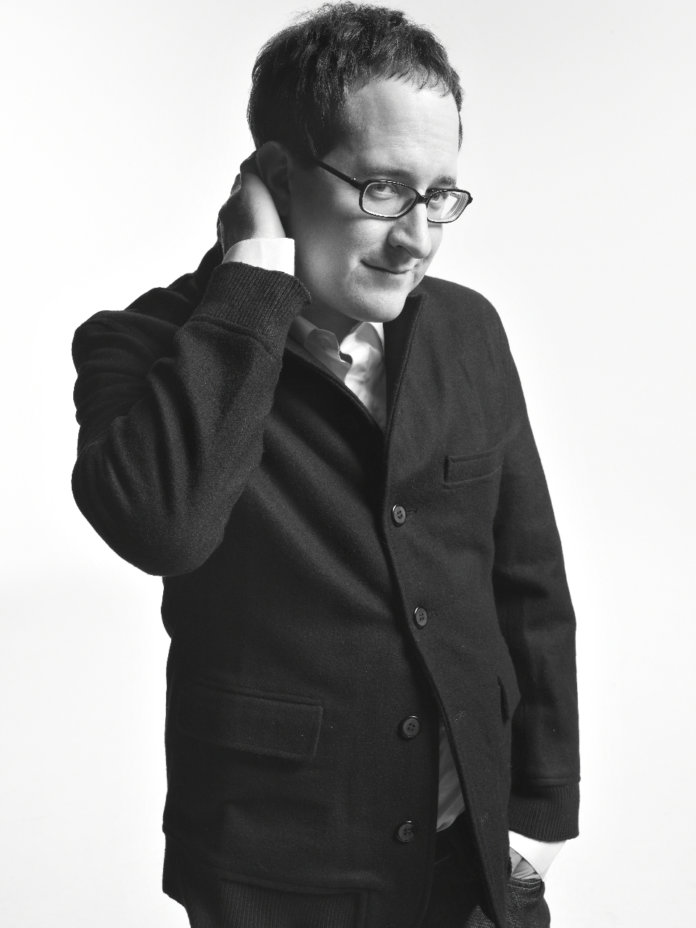 You may have seen in the current Uncut that The Hold Steady’s Craig Finn will shortly be releasing his first solo album, Clear Heart Full Eyes, recorded in Austin, Texas, with Spoon producer Mike McCarthy and a band including White Denim drummer Josh Block.

After a run of quite stupendous albums, much hurrahed in the pages of Uncut, The Hold Steady faltered somewhat with their last album, 2010’s Heaven Is Whenever, which seemed patchy and oddly disconnected compared to glorious predecessors like Boys And Girls In America and Stay Positive.
There were good songs on the record, but hints also of a formula that had become over-familiar, something at the heart of the album that suggested they were perhaps a bit unsure how to further develop what had become such a powerful signature sound.
With The Hold Steady’s recording career on hold until at least next year, Craig took off for Texas. The change of scenery and collaborators has had an evidently rejuvenating effect. Craig’s writing sounds refreshed – he’s been listening recently, apparently, to a lot of Townes Van Zandt, Warren Zevon and Neil Young and has seemingly discovered a world beyond Bruce Springsteen – and prospers accordingly in the more varied musical settings the new album embraces, a rootsy Americana that serves the new songs extremely well. “Apollo Bay”, “Western Pier”, and the final three songs, “Rented Room”, “Balcony” and “Not Much Of Us Left”, are as finely wrought as anything he has so far put his name to.
The album’s released here on January 23, by Full Time Hobby, and Craig will be playing a special London showcase at Rough Trade East on January 25, before supporting The Felice Brothers in March on a re-arranged UK tour that includes a show at London’s Koko on March 20.
In addition to the CD version of the album, Full Time Hobby have produced an exclusive hand-stamped vinyl version of the album, with two tracks – “Some Guns” and “Sarah, I’m Surrounded” – that will be physically unavailable elsewhere (“Sarah, I’m Surrounded” will be released eventually through iTunes, “Some Guns” will only be available on the vinyl album).
Full Time Hobby have five copies of the vinyl edition of Clear Heart Full Eyes – plus its CD incarnation – they are offering via this week’s Uncut newsletter to the winners of a fairly simple competition.
All you have to do is name the first single released from Clear Heart Full Eyes. Email your answer to info@fulltimehobby.co.uk under the subject header Clear Heart Full Eyes Competition. The first five correct answers, picked at random, will each win a vinyl and CD version of the album, plus a white label seven inch single.
Meanwhile, you can pre-order the album from Amazon on http://amzn.to/AyVyMM or from iTunes at http://ttunes.apple.com/gb/preorder/clear-heart-full-eyes/id494815201.
Finally, congratulations to Fleet Foxes on their nomination for Best International Group at this year’s BRIT Awards, news of which reminded me of an email I got just after Christmas from Linda Thompson. Linda was one of the judges of the 2011 Uncut Music Award, for which Fleet Foxes’ Helplessness Blues was short-listed.
Linda was also judge the year the band’s debut won the inaugural UMA, although she was loudly dismissive of it, a lonely critical voice on what I remember was a panel unanimously in favour of receiving the prize. When the judges met last November to discuss the 2011 award, Linda was no less unflattering about their second album. She got quite heated about it, in fact, and fair scoffed when I suggested she give it another listen.
I laughed out loud, therefore, when I got her email.
“I just had to tell you this,” she wrote. “Pass the humble pie. Give me a side of crow. I am converted, in good old Damascene fashion. Forget everything I ever said,” she went on. “This record is a masterpiece, happy New Year – Linda.”
Anyway, that’s enough from me for the moment. Have a good week.