Uncut has five copies of the Grant Gee doc to giveaway! 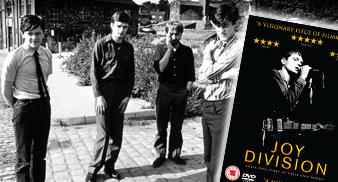 The acclaimed Grant Gee directed Joy Division documentary is being released by Universal Pictures on DVD on August 25 after a successful theatrical run in May, and uncut.co.uk has five copies to giveaway!

To be in with a chance of winning one of five copies of ‘Joy Division’ click here!

This competition closes on Friday September 5.