Jeff Tweedy and co return to the UK in November 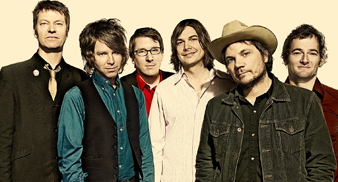 Wilco have confirmed that they will play two UK headline shows as part of their winter European tour which starts in November.

Having just released a new studio record ‘Wilco (The Album)’, Jeff Tweedy and cohorts will play the Leeds Academy on November 3 and the HMV London Forum on November 4.

Before that, Wilco are playing the Green Man Festival on August 23 and the London Troxy on August 25.