Welcome to the Ultimate Record Collection

Your guide to the best music available new on vinyl 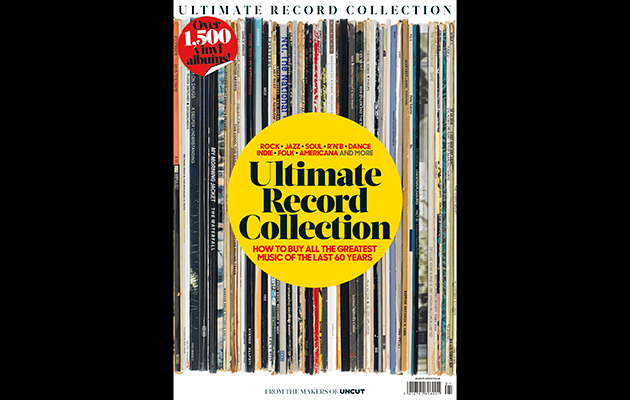 Our latest title goes on sale this Thursday [November 16] and is dedicated to the best music available new on vinyl.

Here’s John Robinson, who’s overseen the Ultimate Record Collection, to explain what it’s all about.

“You can listen on the train or in the car, at the computer or on your phone. In your room. In the bath, or out on your bike. You might invest in noise-cancelling headphones for your hi-res audio player, or go retro with a cassette mixtape on a Walkman you found in a cupboard.

“Or, you could join the swelling tide of music lovers in returning to the joys of listening to great albums on vinyl. Whether you’re drawn in by the luxury of the package, of discovering new stuff, or the audiophile promise of hearing new dimensions in music you already know, vinyl is a fantastic way to listen.

“Certainly, more and more music fans are catching on – or returning to a format they’d previously abandoned. For the first time since the digital revolution began, vinyl sales have begun to outstrip downloads. The world has even changed to the point where it’s possible to buy an album at the same time you’re doing the weekly food shop.

“Which is where The Ultimate Record Collection comes in. We can’t pretend this is a definitive list of all the music you will ever want or need. Instead, we’ve made a selection of the very best music available to buy new on vinyl right now.

“As we’ve discovered ourselves in our research, we can’t promise that tracking something worthwhile down won’t involve a bit of digging. However, to make your mission a little easier we’ve made narrowed down the search into selections from the last 50 years (and more) of recorded music.

“Inside, you’ll find an authoritative introduction to each decade, and dedicated features on pivotal artists in each, whether that happens to be Miles Davis, Joni Mitchell, Jack White or Kendrick Lamar. Major developments in music, be that in jazz, Americana, hip hop, grunge or German rock also receive specialist focus.

“Rather than limiting things, the emphasis here is on suggesting the vastness of what’s on offer. The only qualification for inclusion in these pages to be a great album which you can buy new on vinyl now. That’s The Ultimate Record Collection – all of the music, but with none of the surface noise.”