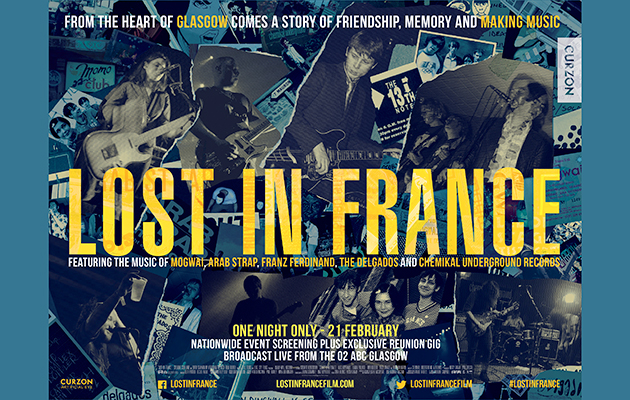 Next month sees the release of Lost In France – a new documentary following the rise of the Glaswegian music scene during the 1990s.

In the late 1990s, a collection of musicians from Chemikal Underground Records – among them, Franz Ferdinand, Mogwai, The Delgados and Arab Strap – hired a bus and headed off on a road trip to a town in rural France to play a one-off gig. Now they are headed back to relive the experience.

Featuring a mix of live performances and interviews, the film reunites key personnel in an intimate exploration of friendship, memory and making music.

Lost in France screens as a nationwide cinema event on February 21 as part of Glasgow Film Festival followed by an exclusive performance broadcast live via satellite from the Glasgow O2 ABC, featuring a supergroup including Alex Kapranos (Franz Ferdinand), Stuart Braithwaite (Mogwai), RM Hubbert plus The Delgados’ Emma Pollock, Stewart Henderson and Paul Savage. You can find more information about that by clicking here.

You can watch the trailer for the film here…