The clip was filmed in St. Tropez 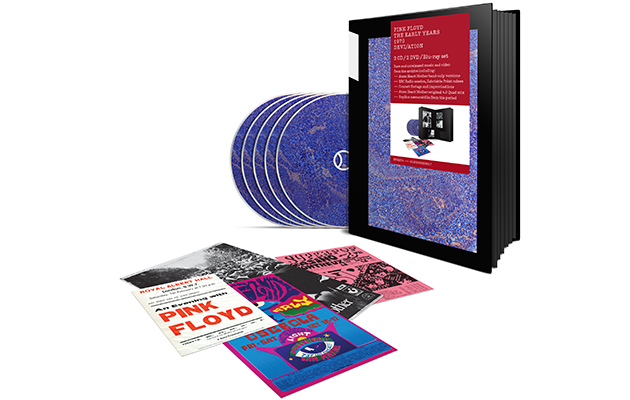 The extract was filmed by French TV channel Pop Deux at the Festival de St. Tropez, in the South of France, on August 8, 1970.

This clip and others are included on the CD/DVD/Blu-ray package Pink Floyd – The Early Years 1970 Devi/ation, which also includes a photo booklet and memorabilia from the period.

This is part of The Early Years, 1965 – 1972: The Individual Volumes, six separate CD/DVD/Blu-ray sets which are released on March 24.

Click here to read Pink Floyd: Their Secrets Unlocked! The band and collaborators explore the brilliance and burn-out of Syd Barrett

You can watch the first other clips below.

“Instrumental Improvisation” from The Sound Of Change, a BBC TV programme filmed in London on 26 March, 1968. Taken from Pink Floyd – The Early Years 1968 Germin/ation

“The Beginning (Green Is The Colour)” filmed during rehearsals before their performance at the Royal Festival Hall, London on 14 April 1969. Taken from Pink Floyd – The Early Years 1969 Dramatis/ation

Meanwhile, the band have released a trailer for the forthcoming Their Mortal Remains exhibition, which runs from May 13 – October 1, 2017 at London’s Victoria and Albert Museum.

The Pink Floyd Exhibition: Their Mortal Remains retrospective marks the 50th anniversary of the band’s first album, The Piper At The Gates Of Dawn, and debut single, “Arnold Layne“.

The exhibition includes more than 350 objects and artefacts on display, many of them never before seen, including hand-written lyrics, musical instruments, letters, original artwork and stage props.